Sadly, the weather of the last few days has resulted in significant erosion of Dawlish Warren. Teignbridge District Council are advising extreme caution when visiting this area. The dune path between groyne 10 – 18 is unsafe to use. Access along the site, to and from the bird hide & Warren Point is along the beach only, with the risk of being cut off for a period either side of high water. 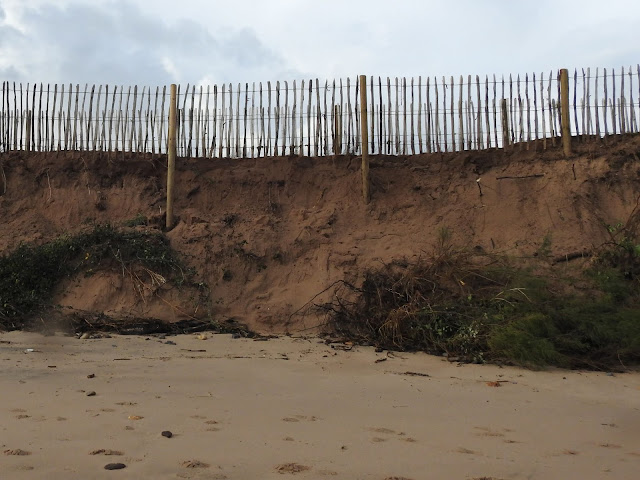 The reason the Dune Path is closed after Groyne 10. At least five metres of dune has been lost since last year's beach recharge. 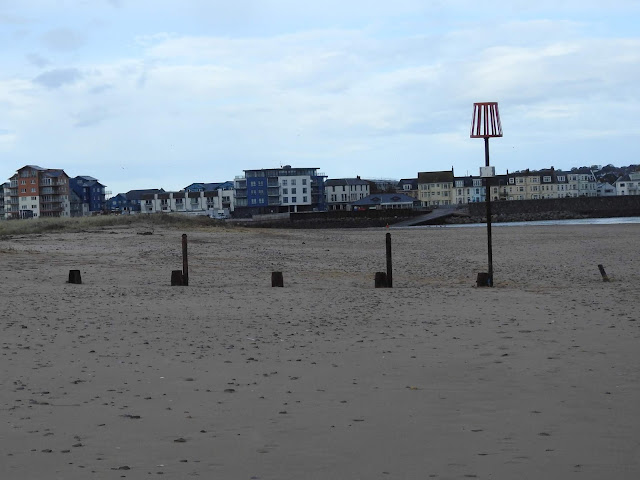 Warren Point. Severe erosion has also occurred in the Desert with much of this area being lost.
Change is a constant feature of the Warren, in the mid 1990's this area was part of the main Exe channel. The sand level was approx. two metres lower back then but has also been approx. two metres higher than today in recent years.
Posted by Dawlish Warren at 19:41