Seawatching was again the order of the day with significant passage before 9am. The highlight was the first Little Gull of the year, an immature in a small Kittiwake flock, but the most welcome site was the high number of Arctic Skua with a minimum of 45 heading south, along with 12 Great Skua, seven Balearic Shearwater, 700 Gannet, 70 Kittiwake, 30 Sandwich Tern, a Great Northern Diver and a Golden Plover. Also on the move over the waves small numbers of Swallow and Meadow Pipit.

The juvenile Curlew Sandpiper remained in the Bight with 83 Ringed Plover, 82 Dunlin, 34 Turnstone, 30 Sanderling and nine Grey Plover. Also in the estuary 34 Bar and a Black-tailed Godwit, five Mediterranean Gull, two Greenshank, a Common Sandpiper and the Slavonian Grebe. Elsewhere just the third Garden Warbler of the year was in Dead Dolphin Wood, the first Goldcrest of the autumn was by the First Pond and at least six Wheatear were on site. 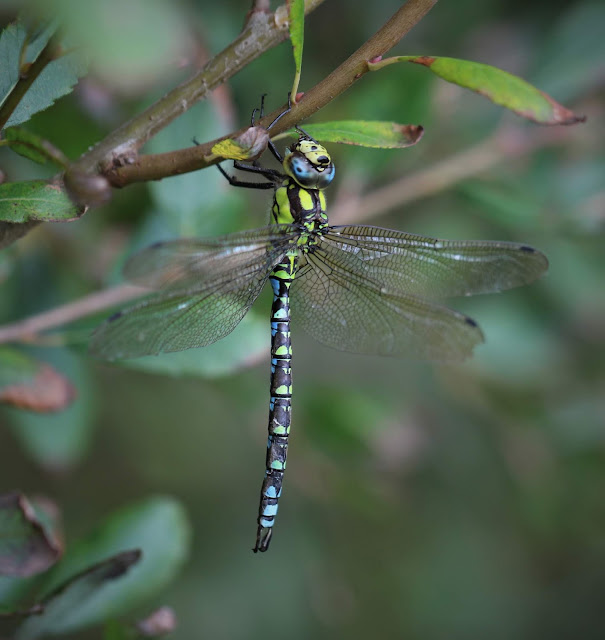 The combination of gales and a large high tide removed all of the sand that had built up on the top of the beach this summer meaning the beach is again no longer passable at high tide. The erosion was not restricted to the beach with 4-5 feet of sand also lost from the Dune Ridge. This revealed some hidden structures and a fossilised Dalek. 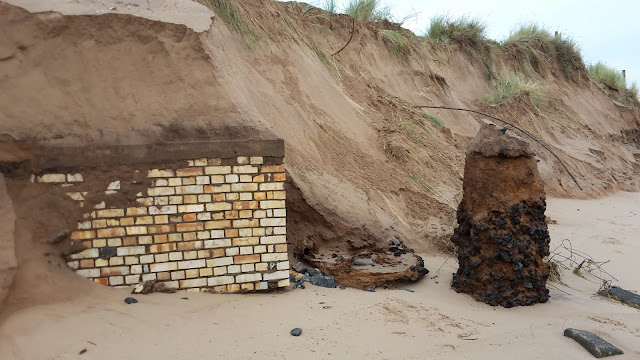