A morning visit saw a flock of eleven Sand Martin fly through quickly, but a group of  35 Sanderling feeding on the beach were not in such a hurry. The tide was out, but in the estuary there was a gathering of at least nine Mediterranean Gull of various ages and up to 35 Sandwich Tern coming and going.

Wildlife News: The first Sycamore Piercer Pammene aurita for the Recording Area was found near the railway, moth 684 for the Warren. 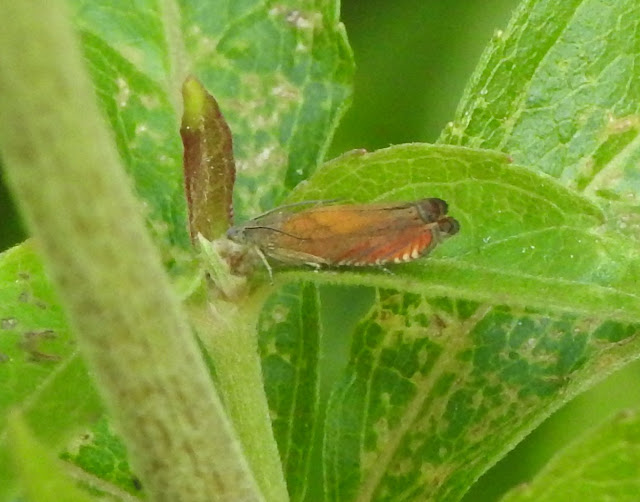 Other insects active in the high temperatures included the first Willow Mason-wasp Symmorphus bifasciatus of the year, a Wool Carder Bee continuing to guard the Lamb's-ear and evidence of migration with a steady steam of Small White and a few Red Admiral. 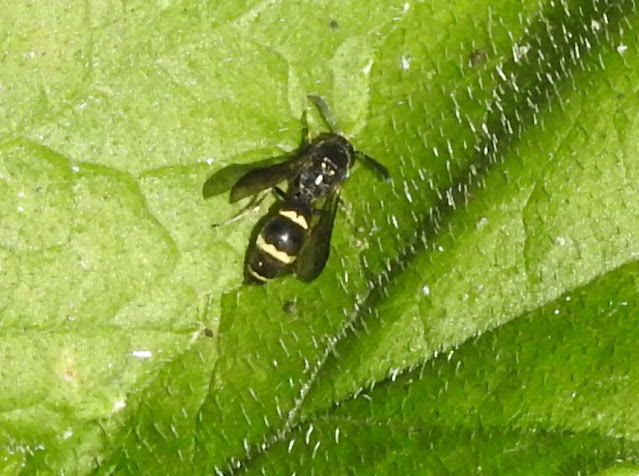 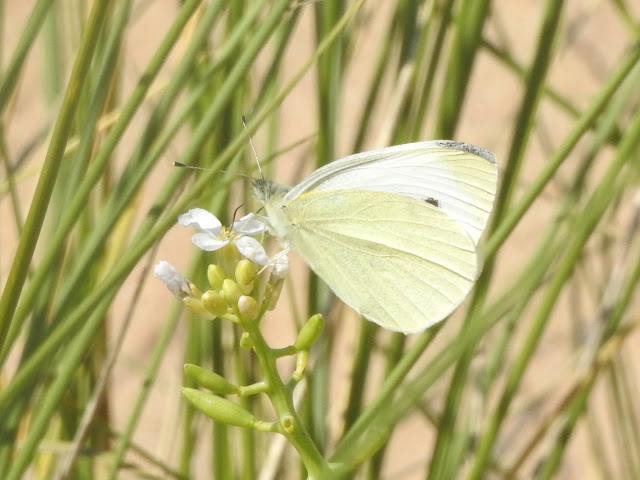 Following last winter's erosion of much of the Desert and part of Warren Point it was good to see a display of Sea Holly recovering on the remaining beach. 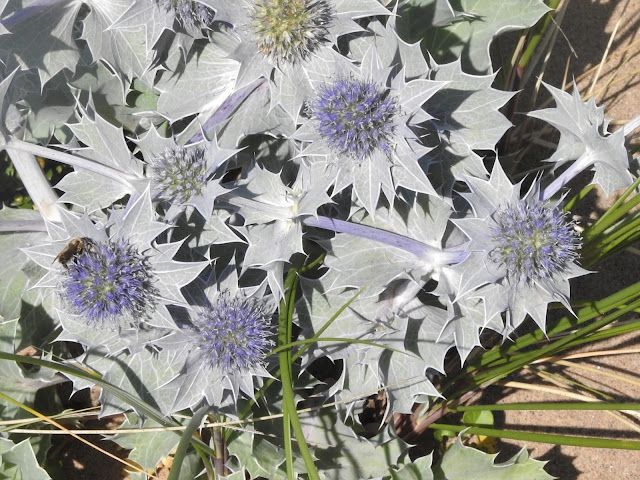