A SHORT-TOED LARK that flew along the Dune Ridge before settling in the Desert on Warren Point late morning was the highlight. The fourth site record but the first in spring. Unfortunately it was not seen after 11.30. 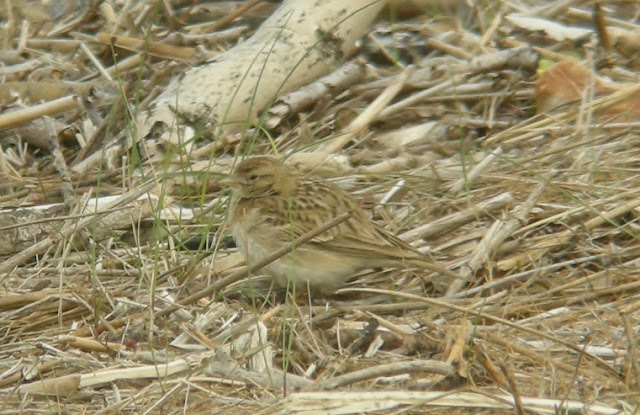 Short-toed Lark  25/05/13 © Lee Collins
There were still plenty of waders  but they were very mobile with 200+ Dunlin, 100+ Sanderling and 78+ Ringed Plover present. Offshore in the evening there single Arctic and Little Tern with 29 Common Tern,17 Manx Shearwater and a first summer Little Gull. Elsewhere two Wheatear and c15 Swallow were the only other migrants.

The colour ringed Dunlin first seen yesterday was still present this morning. It was rung in northern Spain on 4/5/13 and this is the first sighting since ringing.


View Dunlin in a larger map 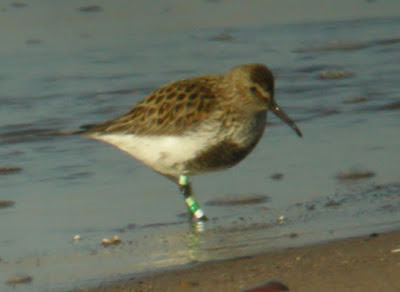 Dunlin 25/05/13 © Lee Collins
Wildlife News: Six species of butterfly (Wall Brown, Small Copper, Speckled Wood, Peacock, Green-veined and Small White) were on the wing for the first time this year and Azure Damselflies were out in number.