The evening saw a full adult pale phase Pomarine Skua offshore with two first summer Little Gull, 50+ Common Scoter and a Red-throated Diver. There are still good numbers of wader around the site with 251+ Dunlin, 195+ Sanderling, 25+ Ringed Plover, a Knot and a Bar-tailed Godwit on the beach over high tide. Elsewhere at least seven Jay and a Jackdaw flew east, two Wheatear were in Greenland Lake and the Cuckoo continues to hold territory. 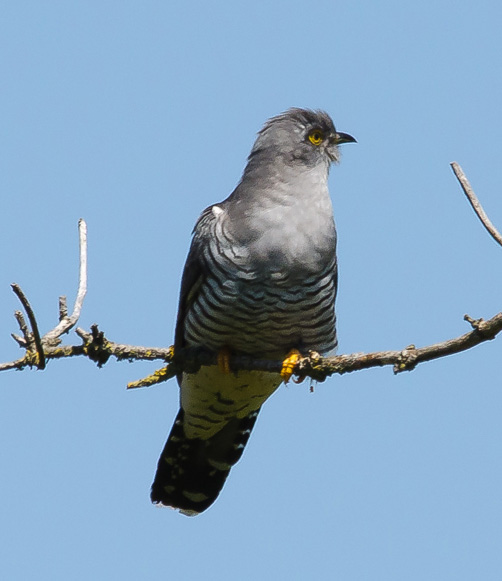 Cuckoo 26/05/13 © Lee Summersby
Wildlife News: The first Common Blue, Large White and Orange Tip of the year were on the wing with the six other butterfly species recorded yesterday. The first Broad-bodied Chaser and Cinnabar Moth of the year were also on the wing. Elsewhere the Common Seal was in the estuary.
Posted by Dawlish Warren at 22:21