The Bonaparte's Gull remained along the beach off groynes 9 & 10 most of the morning, with two Long-tailed Duck, a Red-necked Grebe, two Eider and a Shoveler on the sea off John's Watch. Also on the sea the six Velvet Scoter were off the seawall with two Great Northern and two Red-throated Diver. Elsewhere counts from the estuary included 247 Curlew, 196 Redshank, 40 Shelduck and a Goldeneye with two Chiffchaff, two Water Rail and a Snipe by the Main Pond. 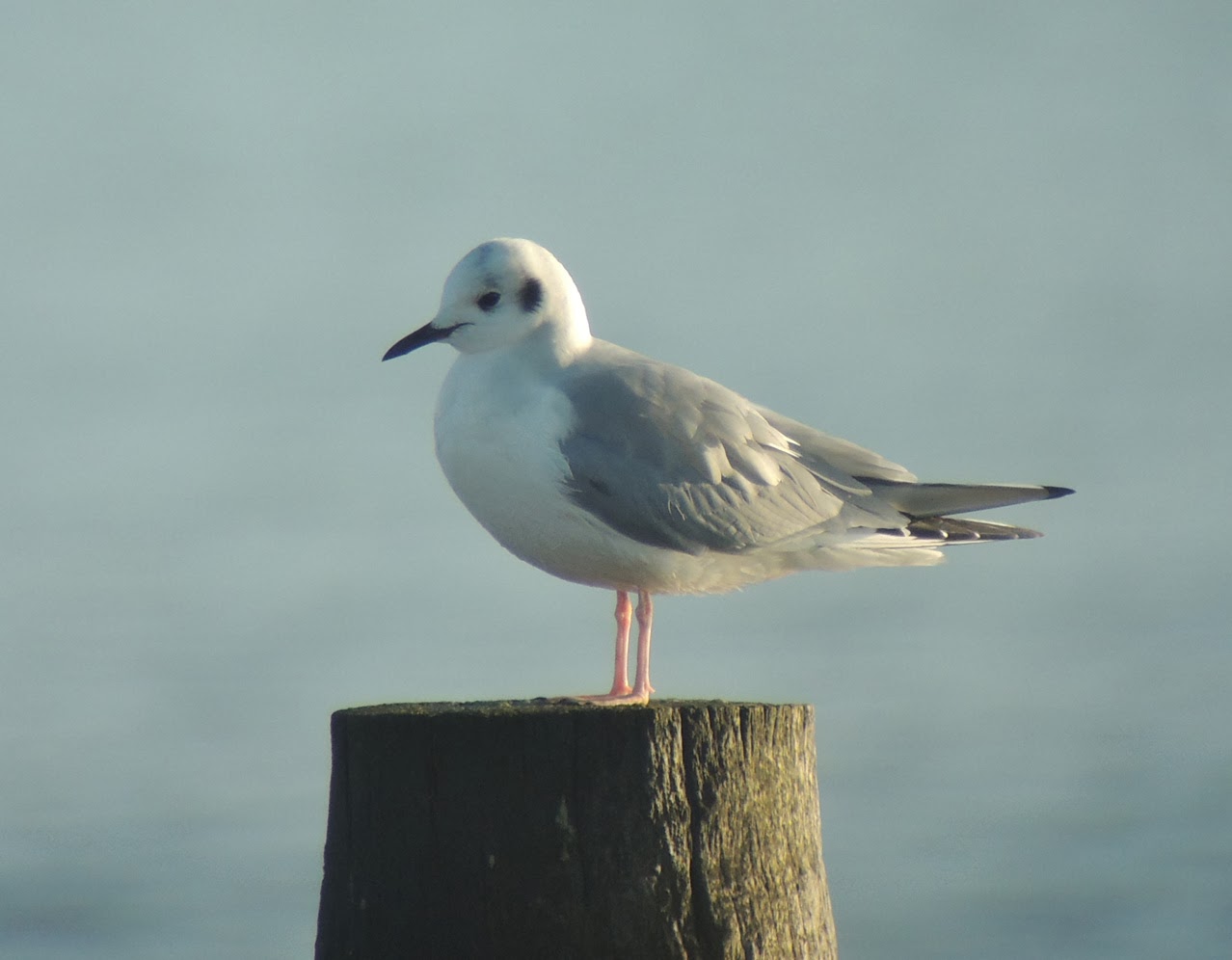