There was no sign of the Black Brant, Bonaparte's or Glaucous Gull however they were hardly missed as the Warren continued to offer some great winter birding despite the rain. A Balearic Shearwater south was the pick offshore although two Little Gull, 150+ Kittiwake, 15 Red-throated Diver and 80+ auk sp also headed south whilst at least four Velvet Scoter were occasionally on show in choppy conditions. Elsewhere a wrecked Great Skua sheltered on the golf course for much of the day and a Red-necked Grebe was in the estuary. Counts from the estuary included 588 Brent Geese to roost, 255 Black-tailed Godwit, both of these high counts are due to birds being displaced by flooding up estuary; 194 Grey Plover, 163 Bar-tailed Godwit, 70+ Curlew, 50+ Knot, two Greenshank, a Goldeneye, and an adult Mediterranean Gull. 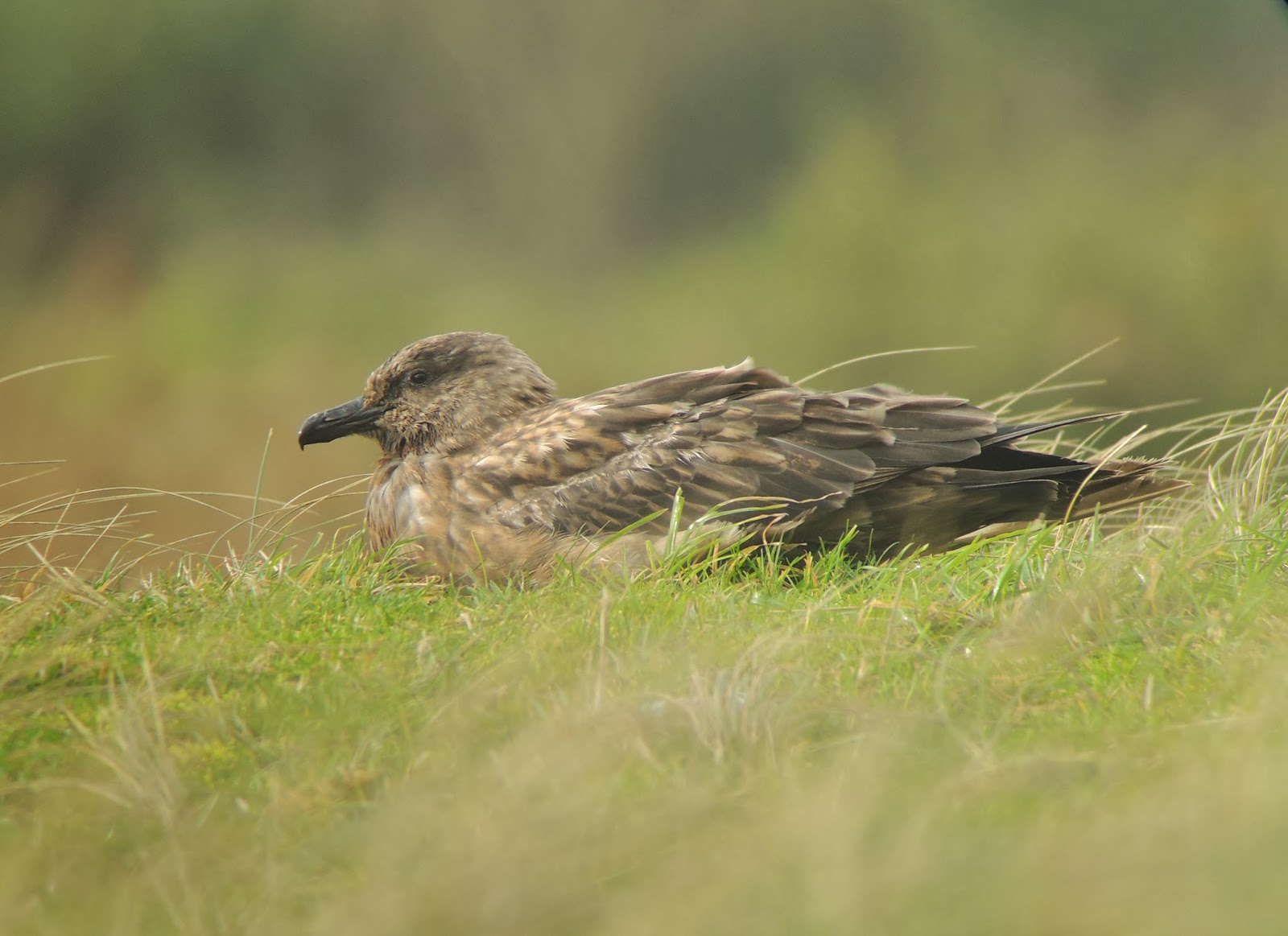 Great Skua ©  Lee Collins
Wildlife News: A Grey Seal was in the estuary.
Posted by Dawlish Warren at 19:41