The highlight appeared late in the day when a male Kentish Plover was found in the Bight on the rising evening tide. This is the 95th Warren record since 1953 but the first since 2011 and the first spring male since 2007. Also in the Bight 61 Dunlin, 28 Whimbrel, 27 Ringed Plover, four Grey Plover and two Sanderling. 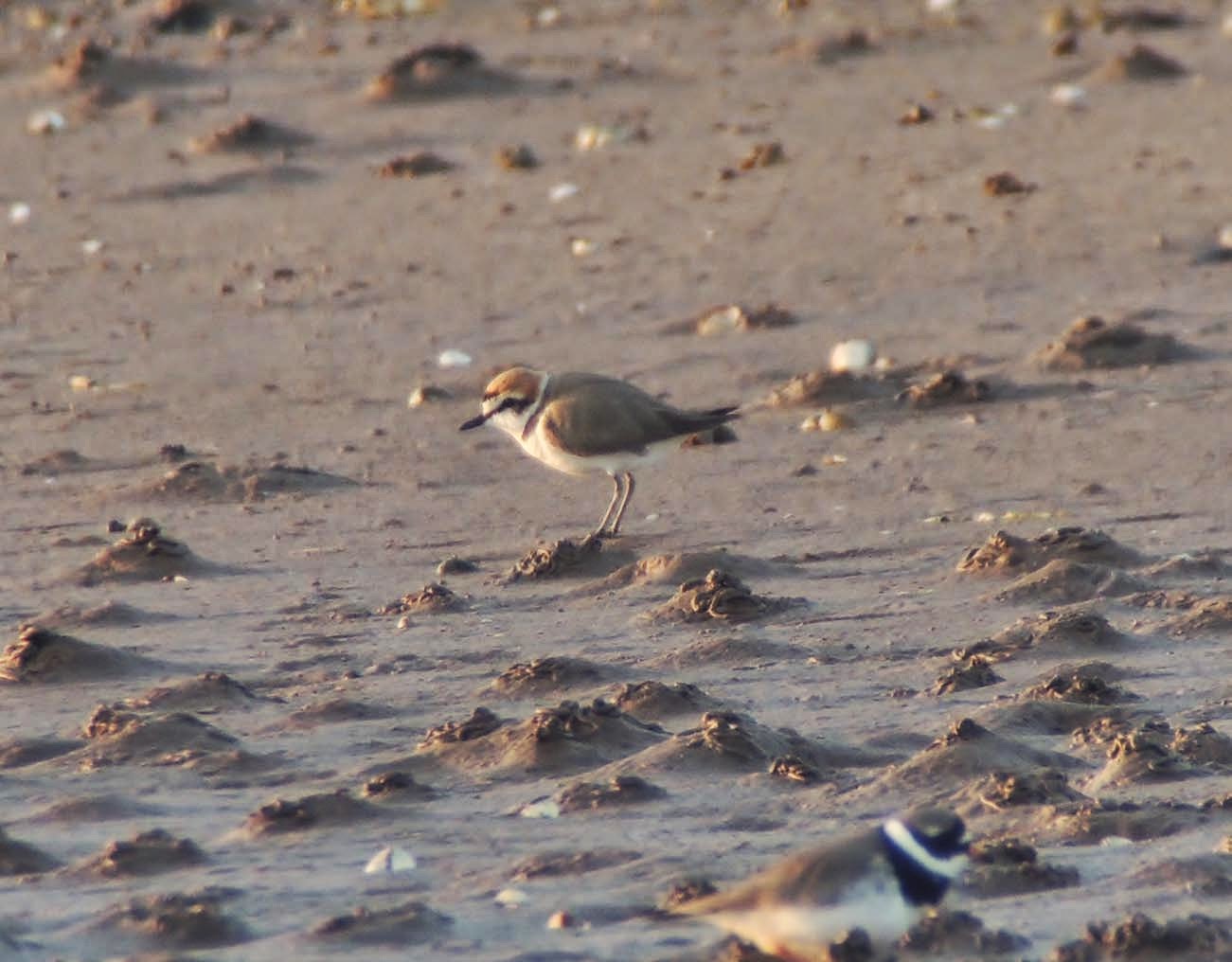 Kentish Plover © Lee Collins
Much earlier in the day the first Grasshopper Warbler since 2012 reeled briefly on the Wryneck Plain but other migrants were restricted to the first Reed Warbler of the year and five Wheatear with two Yellow Wagtail overhead. Elsewhere the first Common Sandpiper of the year was on Langstone Rock, the Snow Bunting was again on Warren Point and the Long-tailed Duck was offshore.

Wildlife News: The first Orange-tip and Green-veined White of the year were on the wing. Sand Crocus remains in flower but only after 11am and a couple of Fox were on the Golf Course and Car park respectively.