The small gull flock continues to feed along the beach with 330+ Black-headed, at least eight Mediterranean and a Little Gull present. Two colour-ringed Mediterranean Gull have come from Belguim and Poland with details awaited on a couple more. Counts from the estuary included 329 Curlew, 14 Redshank, nine Whimbrel, two Dunlin and a Ringed Plover with 30 Sandwich and two Common Tern in front of the hide. Elsewhere five Manx Shearwater and a Great-crested Grebe were offshore with seven Stock Dove in the saltmarsh. 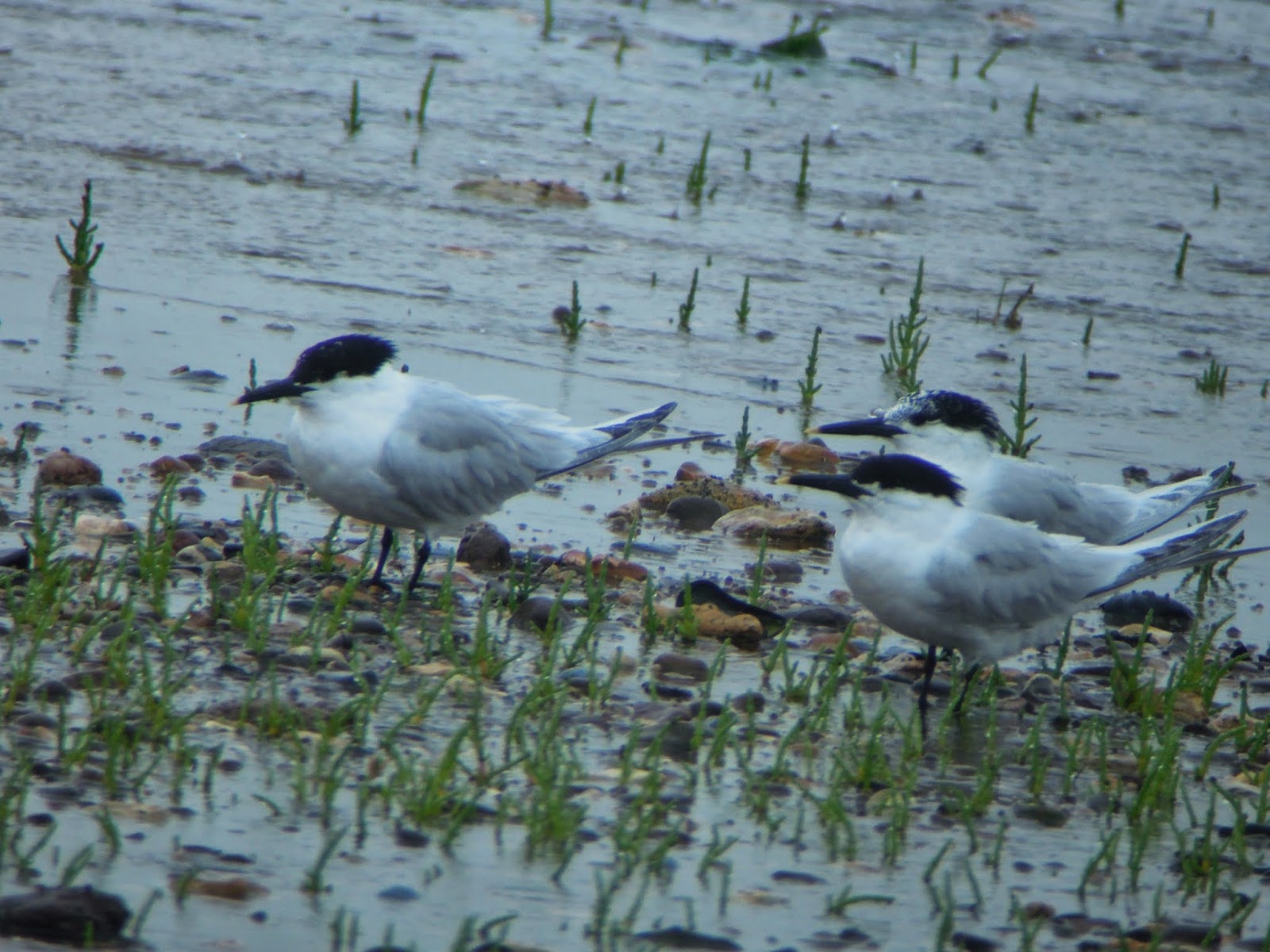