The overnight rain dropped some waders into the estuary with 99 Dunlin, 34 Sanderling and 14 Ringed Plover all notable increases; with them three Little Ringed Plover, eight Common Sandpiper and five Black-tailed Godwit. Also in the estuary 156+ Sandwich Tern, at least six Mediterranean Gull and the Slavonian Grebe. Elsewhere the first migrant Willow Warbler was by the Main Pond and c50 Common Scoter, 20 Manx Shearwater and five Common Tern were offshore. 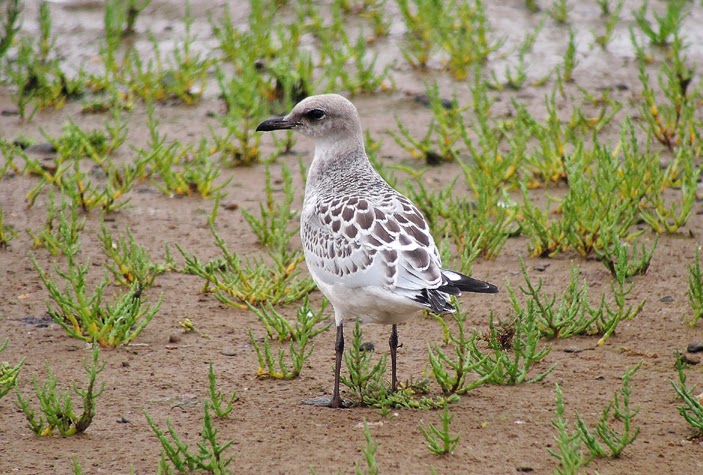 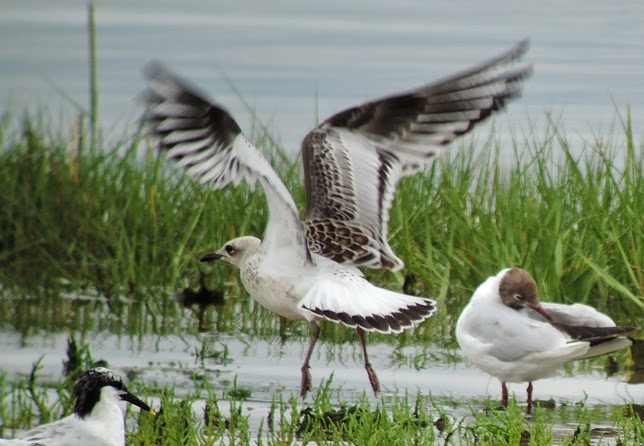 Mediterranean Gull - both Laurie Allnatt
Wildlife News: Small Red-eyed Damselfly are out on the Main Pond, the most westerly UK location for this species, also there Emperor Dragonfly and Common Darter with a Black-tailed Skimmer around the Bight. Elsewhere several Lesser Cockroach were seen aloing the Dune Ridge, second generation Brown Argus and Common Blue were on the wing with 150+ Gatekeeper. In the estuary both Common and Grey Seal were present.
Posted by Dawlish Warren at 19:19