Tern numbers continue to rise with 133+ Sandwich Tern in the estuary with a new colour-ringed bird in front of the hide, this one from Scotland. Also in the estuary a returning Red-breasted Merganser, a Kingfisher, two Mediterranean Gull and single Dunlin, Ringed Plover, Bar and Black-tailed Godwit. Elsewhere a Great Northern Diver was again offshore with 53 Shag.

Ringing News: This Black-headed Gull (T6TM) was ringed 1677km to the east as a pullus at Truskaw, Izabelin, Mazowiekie in Poland on 08/06/2011. This was the first sighting since ringing. 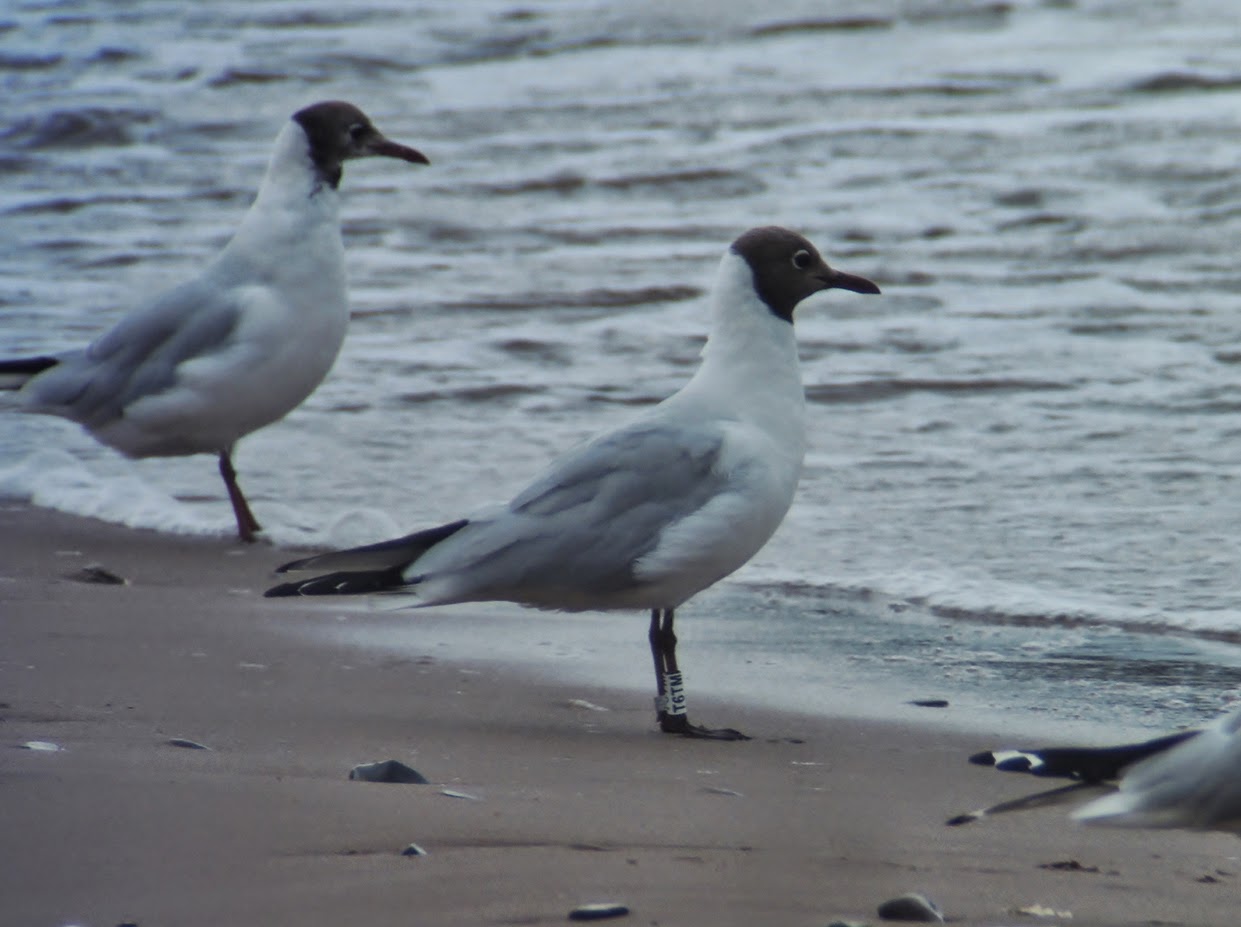