The Wryneck remained on Warren Point but a juvenile Woodchat Shrike found late morning in Greenland Lake was the unexpected highlight. The fifth record for the Warren and the first in autumn. Both birds remained until late afternoon at least but became increasingly mobile and elusive. Other migrants were in lower numbers than recent days but included two Whinchat, 10+ Wheatear and a Garden Warbler. Over the high tide the first Little Stint of the year was on the beach late evening with a Curlew Sandpiper, two Knot and a smart summer plumaged Grey Plover with counts of 278 Dunlin, 75 Ringed Plover, 15 Bar and seven Black-tailed Godwit. Elsewhere the Slavonian Grebe and a Kingfisher were in the estuary and a couple of Grey Wagtail were overhead. 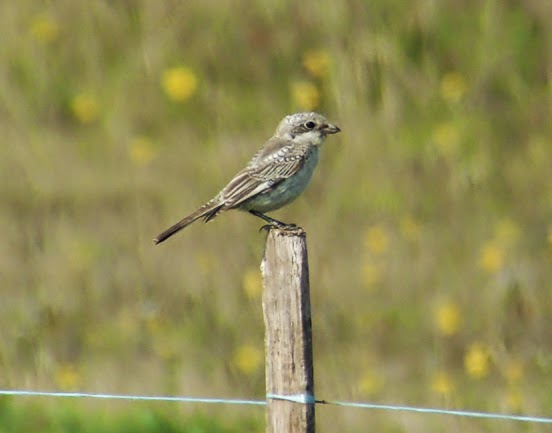 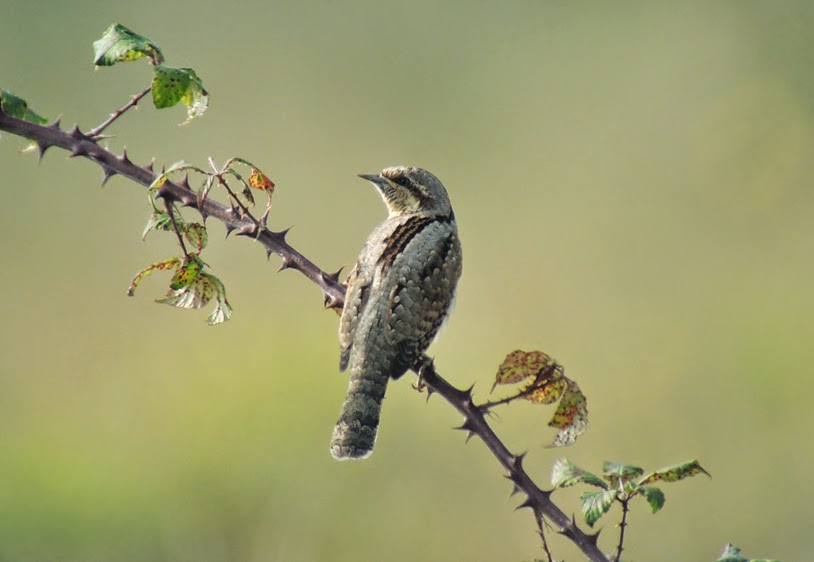 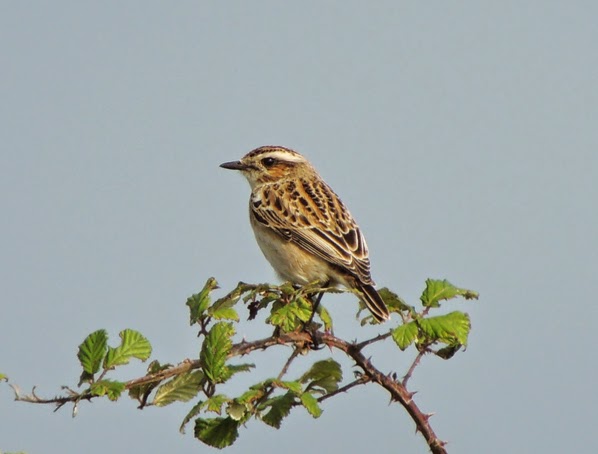 Whinchat - Lee Collins
Wildlife News: The first Wasp Spider of the year was along the Dune Ridge. http://davesbirdingdiary.blogspot.co.uk/2014/09/wasp-spider-argiope-bruennichi-dawlish.html
Posted by Dawlish Warren at 21:53