The Wryneck remained on Warren Point continuing to frustrate and entertain in equal measure, also on the Point three Wheatear, two Yellow Wagtail and a Whinchat. Overhead an adult Osprey flew in off the sea and there was the first decent hirundine passage of the autumn with 150 House Martin, 120 Swallow and three Sand Martin east, these in turn attracted the attention of two migrant Hobby. In the estuary there were 546 Wigeon, 221 Dunlin, 128 Great Black-backed Gull, 75 Ringed Plover, 27 Sanderling and singles of Slavonian Grebe, Pintail, Curlew Sandpiper and Little Stint. 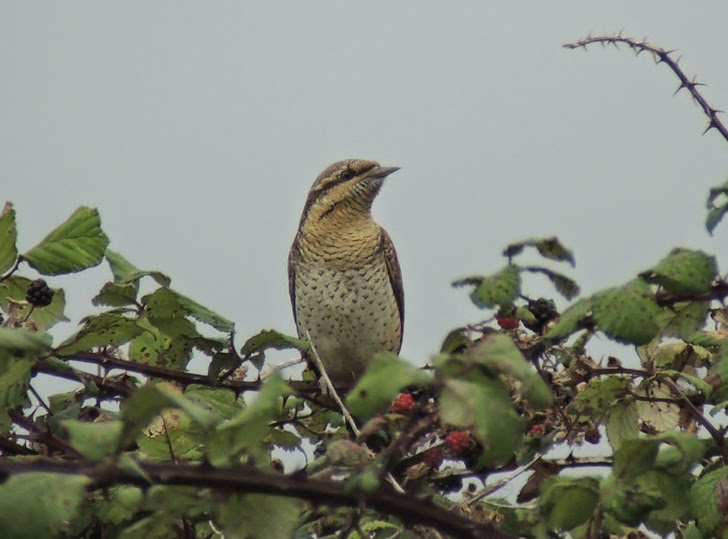 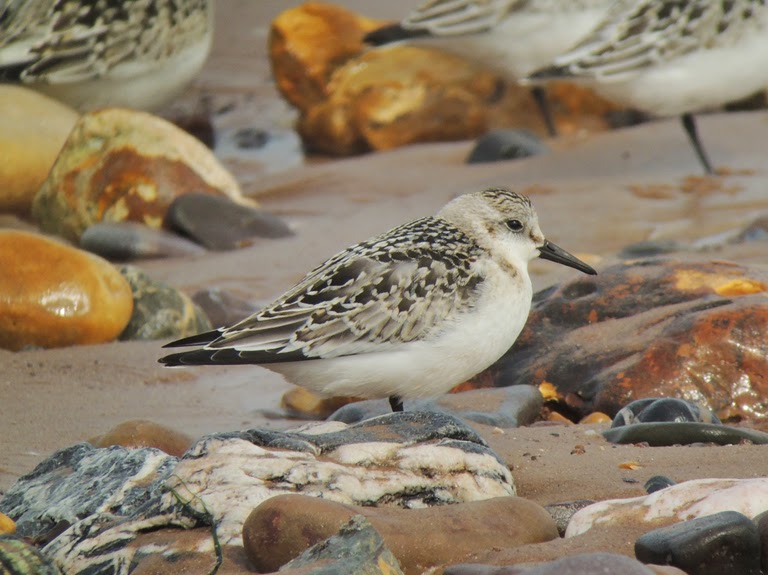 Sanderling - Lee Collins
Wildlife News: A Grey Seal was in the estuary and and good numbers of the third brood of Small Copper were on the wing.
Posted by Dawlish Warren at 18:27