There is no access to the hide or Warren Point for the next couple of weeks. A Storm Petrel lingering off the seawall was an unexpected highlight with 60 Common Scoter, a juvenile Yellow-legged Gull and the first returning Great-crested Grebe also offshore. In the estuary the Slavonian Grebe remains off Cockwood with counts including 234 Curlew, 33 Bar-tailed Godwit, eight Whimbrel, six Mediterranean Gull, two Greenshank, two Sanderling and a Dunlin. Elsewhere 30+ Swift were feeding overhead late afternoon and a Willow Warbler was in the Buffer Zone. 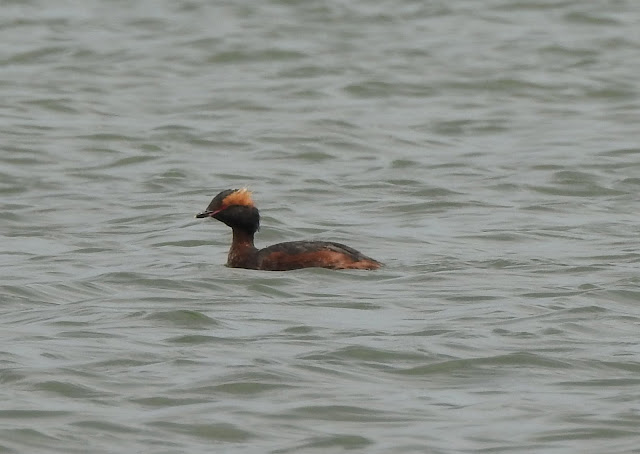 Wildlife News: 13 species of butterfly were on the wing today including a Marbled White around the Entrance Bushes and at least half a dozen Red Admiral. Elsewhere a Beewolf colony was found in the Buffer Zone.
Posted by Dawlish Warren at 20:48