Spring like weather today at times but the lack of migrants was more typical for the time of year. Offshore the Long-tailed Duck was off John's Watch with the immature Eider, four Great Northern and a Red-throated Diver. Counts from the estuary included 900 Dunlin, 279 Brent Geese, 135 Grey Plover, 97 Wigeon, 75 Knot, 41 Redshank, 33 Bar-tailed Godwit, 20 Turnstone, seven Sanderling, two Greenshank and the Slavonian Grebe. Elsewhere one of the wintering Scandinavian Rock Pipit around the golf course has started to moult thereby showing its true colours and helping confirm its identity.

Wildlife News: The first hoverfly of the year was around the amusements an Eristalis tenax, also there one of the winter active Buff-tailed Bumblebee. 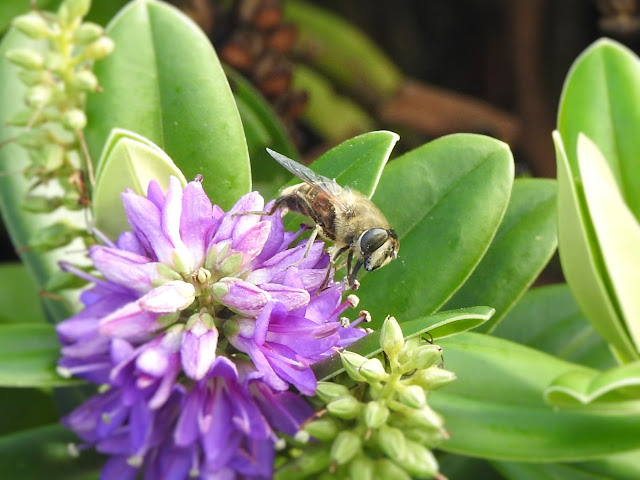