Another scorching day but with a few more migrant arrivals than yesterday. The highlight were at least two Grasshopper Warbler reeling on site with two Whitethroat and six Wheatear. Elsewhere 11 Sanderling and a Dunlin were in the estuary and a late Siskin and a Buzzard were overhead, although several Red Kite over Exmouth failed to make it into Warren airspace. 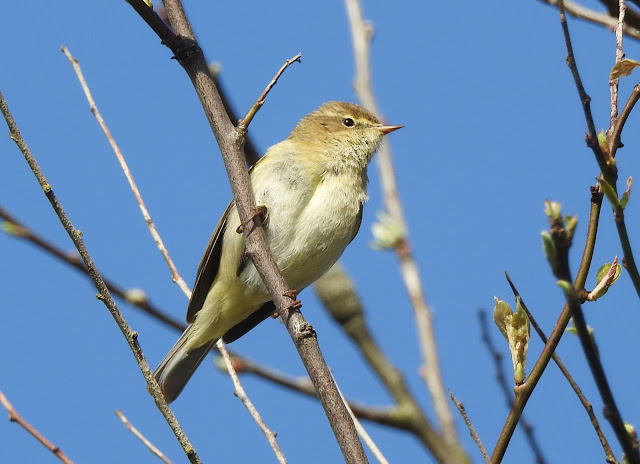 Wildlife News: Large numbers of the Sandpit Mining Bee (Andrena barbilabris) were flying low over areas of bare sand in the Buffer Zone and Greenland Lake with a colony of Yellow-legged Mining Bee (Andrena flavipes) discovered at the car park roundabout along with their cuckoo bee species Painted Nomad Bee (Nomada fucata). Elsewhere the first Small Tortoiseshell of the year were on the wing and Sand Crocus continues to flower. 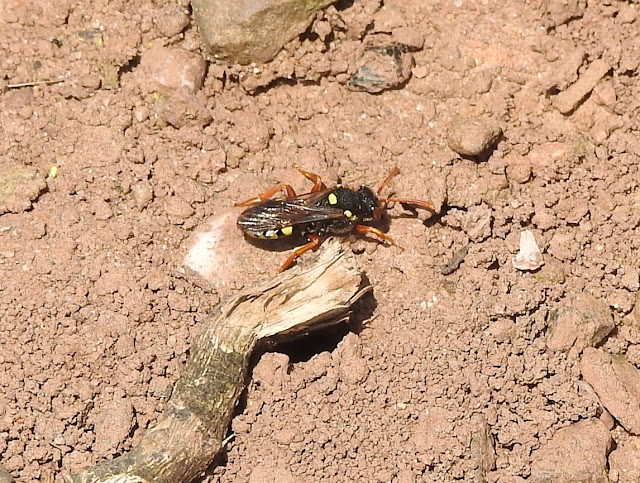 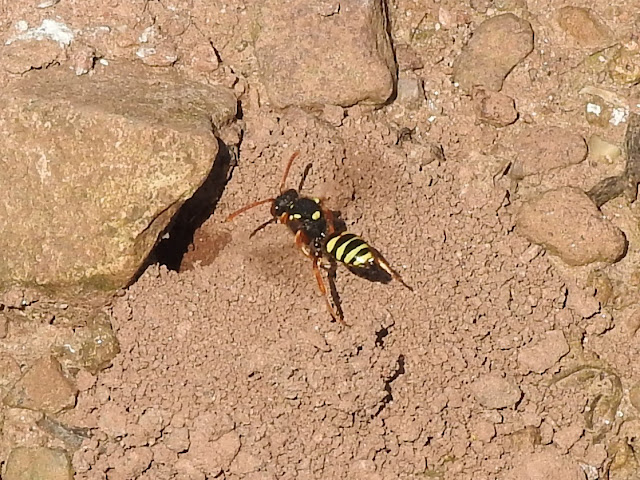