A seemingly quiet morning was enlivened by the presence of a drake Garganey on the Main Pond which remained all day but was elusive at times. As the day warmed a few more migrants appeared with at last six Blackcap, five Willow Warbler and the year's first Reed Warbler. Overhead two Tree Pipit and a Yellow Wagtail were also new for the year.

A Little Ringed Plover was in the Bight with counts from the estuary including 29 Ringed Plover, 24 Dunlin, eight Sanderling and singles of Slavonian Grebe, Eider, Whimbrel, Bar and Black-tailed Godwit. Elsewhere a second Eider and six Sandwich Tern were offshore and a Common Sandpiper was on the Main Pond. 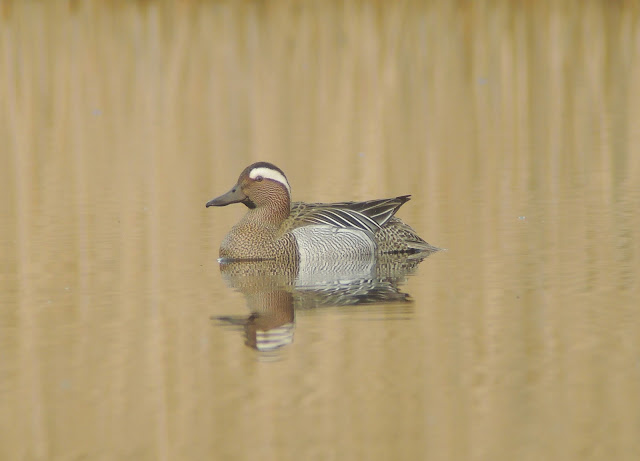 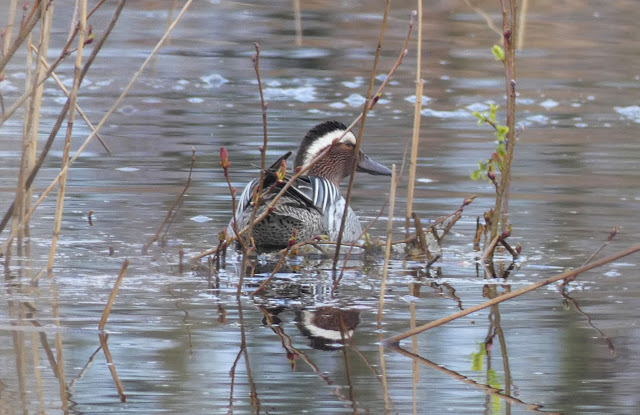 Garganey - Luke Harman
Wildlife News: The sunny weather brought out the Sand Crocus again across parts of the site.
Posted by Dawlish Warren at 23:28