A few migrants on the move overhead with eight Grey and five Yellow Wagtail early morning along with 94 Swallow, eight Meadow Pipit, three House Martin and a Chaffinch. On the deck the Whinchat remained on Warren Point but new arrivals included 11 Whitethroat, three Wheatear, a Garden, six Reed, three Willow and a Sedge Warbler.

In the estuary wildfowl numbers increased with 80+ Wigeon and 20 Teal in Shutterton Creek, 410 Curlew, seven Bar and four Black-tailed Godwit, six Greenshank and a Knot were on the Railway Saltmarsh, 200+ Dunlin, 130+ Ringed Plover and 12 Sanderling were being targeted by Peregrine and Sparrowhawk in the Bight. Also present 62 Great Black-backed Gull and 37 Sandwich Tern on Bull Hill, a Kingfisher off Exmouth and the Slavonian Grebe. 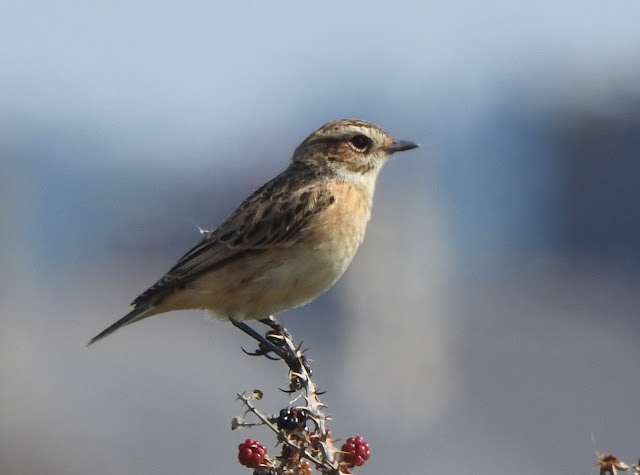 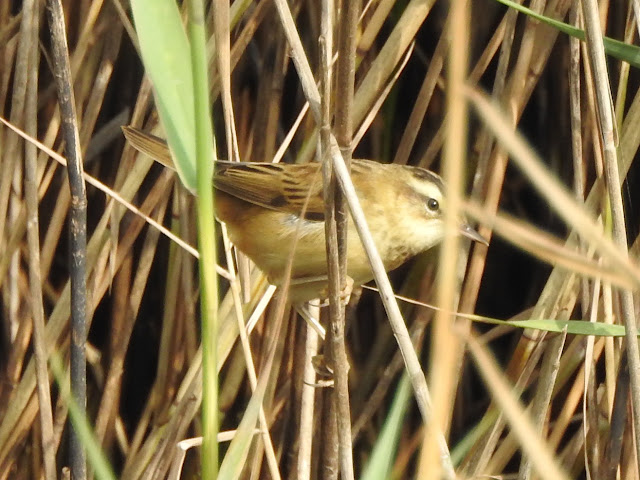 Wildlife News: Two Grey Seal were present, one offshore and one on Bull Hill.
Posted by Dawlish Warren at 20:15