The pick of the migrants may not have travelled far with single Nuthatch and Jay mobile around the recording area during the morning with 14 Chiffchaff, 14 Blackcap, three Whitethroat, three Wheatear, two Reed Warbler and the Wryneck also present. Overhead 32 Meadow Pipit, four Grey and a Yellow Wagtail, two Jackdaw and single Golden Plover, Rook, Sand and House Martin. 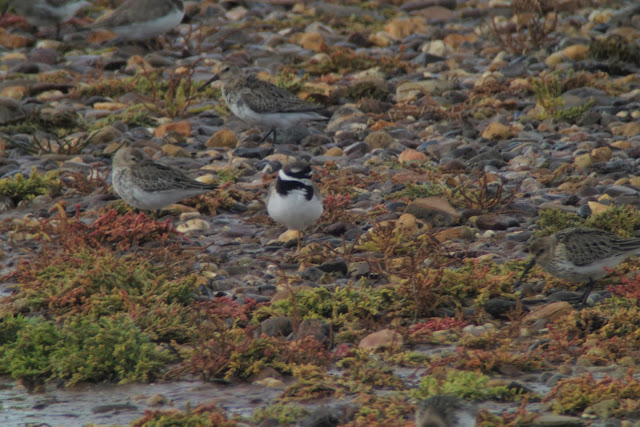 Wildlife News: A Grey Seal was in the estuary with at least eight Red Admiral along the Dune Ridge with a single Wall Brown also present. A single Rush Veneer was in Greenland Lake.
Posted by Dawlish Warren at 23:46