A mixed flock of 10 egret that dropped briefly into the saltmarsh corner at 13.15 contained at least four Cattle Egret, only the third site record, and three Little Egret. These are presumably the birds from nearby Cockwood Marsh which were still present at 12.50 but not later in the afternoon. Also in the estuary 144 Brent Geese, three Mediterranean Gull, two Greenshank and the Slavonian Grebe.

Wildlife News: A single Clouded Yellow on the wing today, along with a few Common Darter and Migrant Hawker and , a late Southern Hawker. Not many hoverflies around now, but several migrant species still present including Eupeodes corollae. 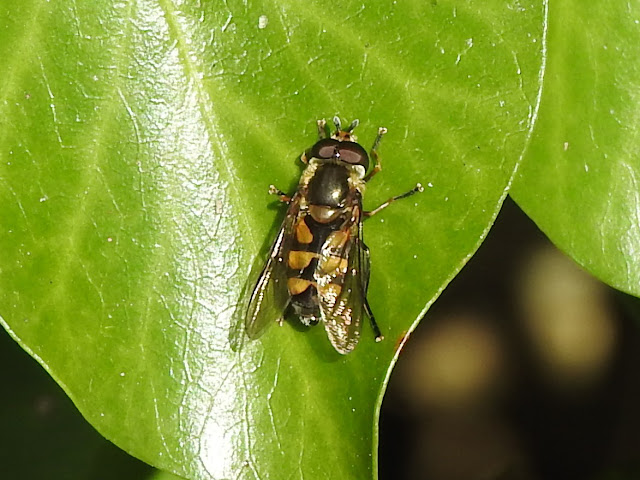