After 24 dry days, a change in the weather to breezy and damp conditions raised hopes and the site received 10 hour of coverage today. Pulses of birds arrived all day, some to shelter in the estuary from the rain.  Highlights were a flock of six Arctic Tern and an Arctic Skua which scattered everything off the bird island in front of the hide and then proceeded to pursue Sandwich Tern around the estuary in attempts to steal their sand-eels.  Among the 125+ Sandwich Tern commuting in and out of the estuary, a metal ringed individual from South Africa (details being requested); an incredible find but not the first, following a Co. Down ringed bird seen at Dawlish Warren in Sep 1979 then South Africa in Nov 1984; and a Dutch ringed bird seen Dawlish Warren in July 2014 then South Africa in Nov 2017.

Three red-coloured ringed Sandwich Tern were again present; 'KDB' for its 8th day, a bird expected to be around for a while, having remained here 14 to 23 days each autumn since 2016, underlining the importance of this site as a staging post for migrant terns. 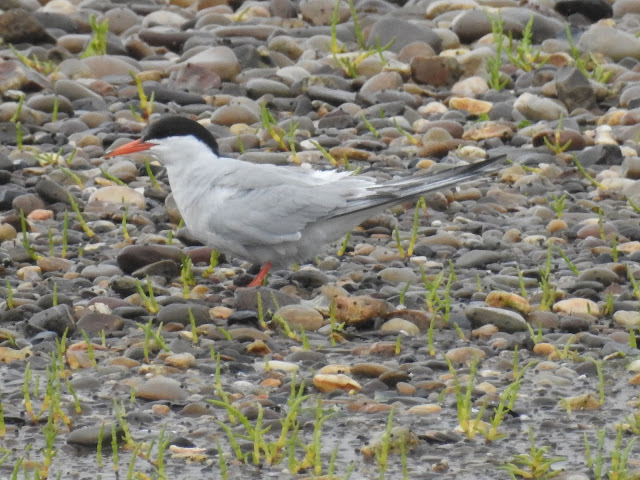 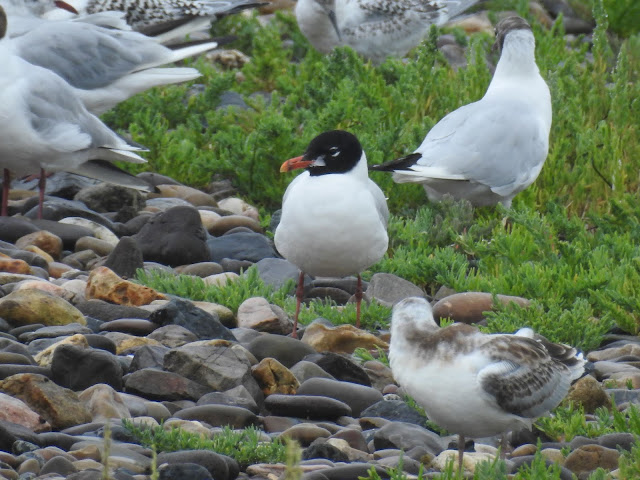 By contrast, the sea was very disappointing, unlike as reported elsewhere, just 25 Manx Shearwater, 19 Common Scoter, c.15 Gannet and a Fulmar.  The bushes weren't covered today; only 3 Swift flew south and no hirundines today.