The conditions looked good for continued vis mig and for once the birds followed the books with 19,458 Wood Pigeon counted heading SW along with a minimum of 76 Stock Dove, the largest flocks heading out to sea before 8 o'clock. Also moving a high count of 754 Jackdaw, 221 Starling, 100 Skylark, 12 Lesser Black-backed Gull, 12 Siskin, just six Chaffinch, six Shoveler, two Pintail and single Snipe and Golden Plover.

Elsewhere the highlight was a Little Auk briefly off the seawall, the first since 2015, also offshore 75 Common Scoter, two Eider and two Red-throated Diver. Counts from the estuary were much reduced as a paraglider flushed all the waders and wildfowl with just 530 Wigeon and 223 Brent Geese returning in any number, also present four Greenshank, a Great Northern Diver and the Slavonian Grebe. 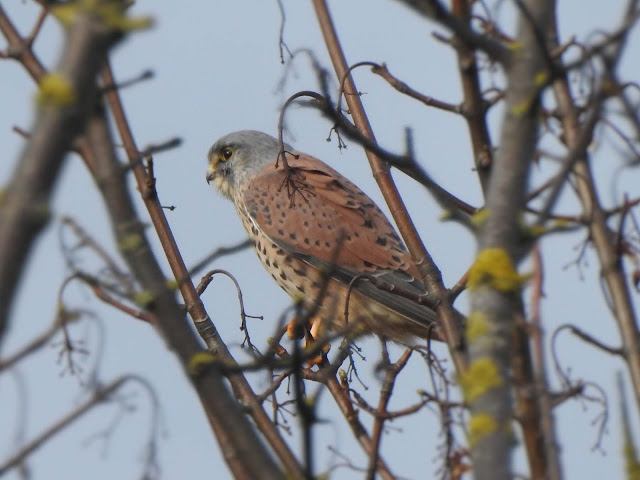 Wildlife News: At least five Common Darter were still on the wing with three Red Admiral, whilst a Grey Seal was offshore. good numbers of fungi are out including Bird's Nest Fungi Crucibulum laeve in the Desert. 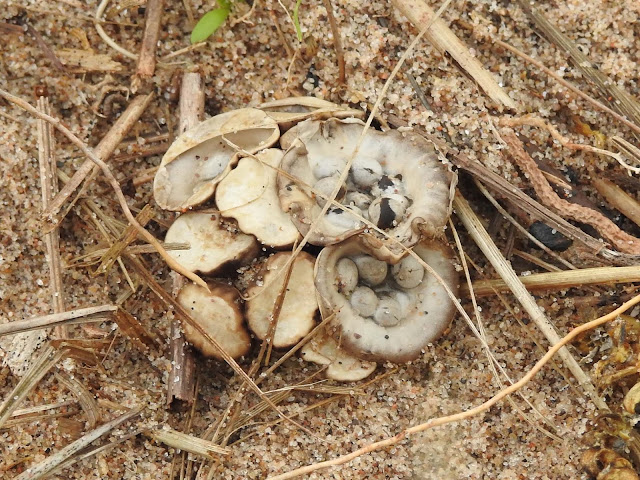