An enthusiastically early start and long session into the early afternoon was not reciprocated by bird life, with only single figures of Sanderling, Dunlin, Ringed Plover and a single Bar-tailed Godwit on the tide along with the non-breeding flock of Oystercatcher.  Also a dozen Swallow passed and three Song Thrush noted in the bushes.

Wildlife news: the hot and sunny conditions turned attention to other forms of life. The unmown meadows and glades teemed with insects.  The striking yellow striped, bulb-bodied hoverfly Xanthogramma pedissequum, and the bee-mimic hoverfly Volucella bombylans were on the wing. Along the dune ridge, many Silvery Leafcutter Bee (Megachile leachella), a few Grey-patched Mining Bee (Andrena nitida) and a ruby-tailed wasp (Chrysididae spp., probably Hedychridium roseum given habitat and time of year).  Other sightings were of Red-headed Cardinal Beetle (Pyrochroa serraticornis), Wasp Beetle (Clytus arietis); as well as various butterflies such as Meadow Brown and Speckled Wood. 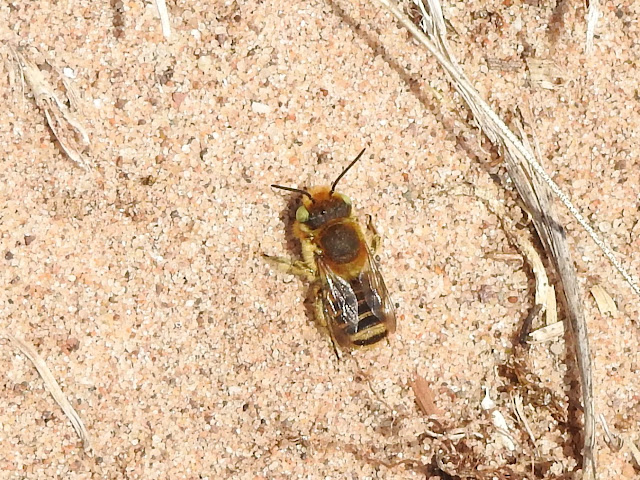 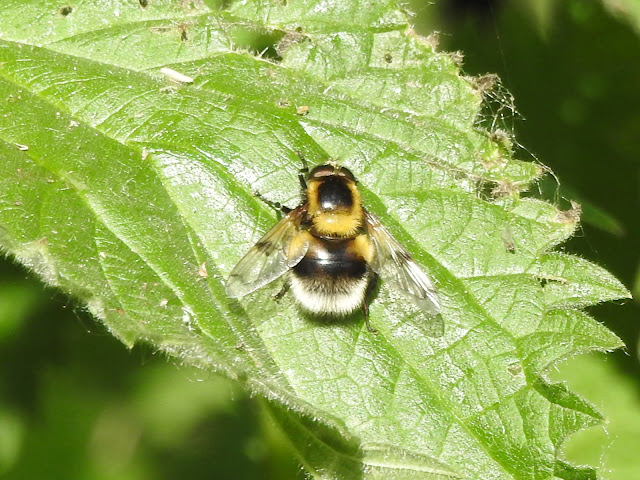