A total of 43 species of hoverfly were recorded compared with 54 seen in 2019. Several regular species of the genus Cheilosia and Platycheirus, that are mostly prevalent in Spring, were not seen this year.

Some hoverflies are highly migratory and numbers can be noticeably boosted by influxes. On 13 June hundreds of Marmalade Hoverfly were on site with lesser numbers of White-clubbed Hoverfly Scaeva pyrastri. By mid August other migrant hoverflies such as Large Tiger Hoverfly Helophilus trivittatus and Syritta pipiens had begun to arrive, sharing Water Mint and Common Fleabane with Batman Hoverfly Myathropa florea, Hornet Hoverfly Volucella zonaria and Giant Pied Hoverfly Volucella pellucens. 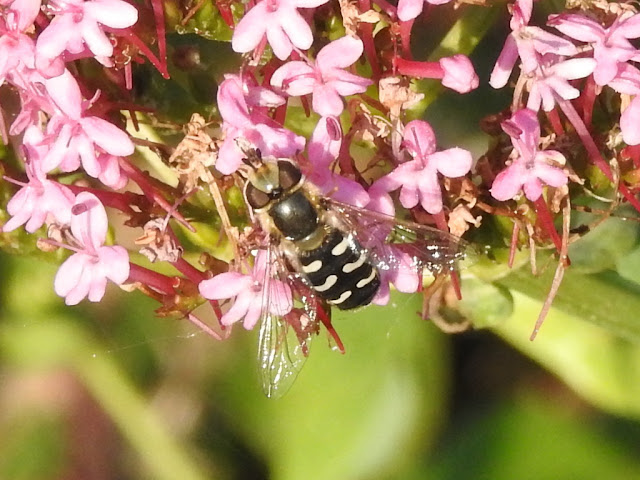 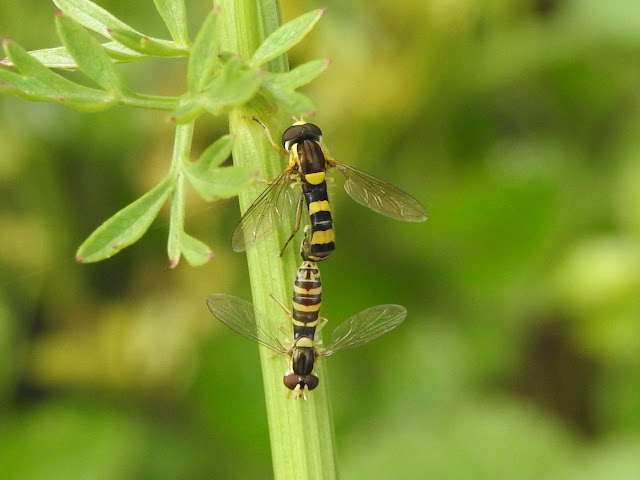 Only one new species was recorded this year, Rural Bulbfly Eumerus strigatus on 12 September. Although there was a lack of new species, several hoverflies confirmed their continuing presence following their first occurrence in 2019. 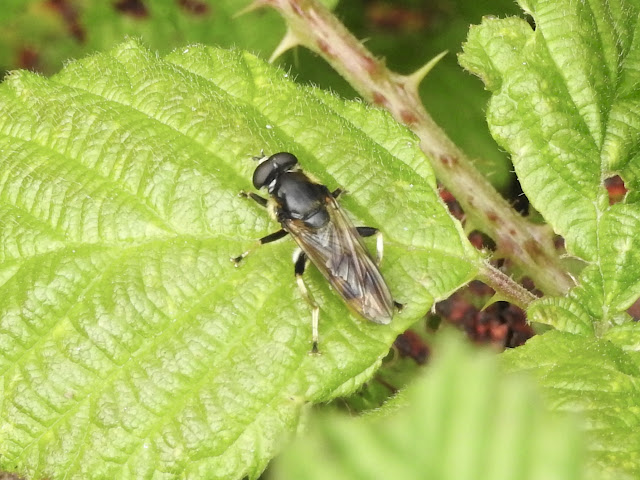 Throughout October hoverflies species started to dwindle, although Common Dronefly were still plentiful on bramble and ivy until the end of the month. By November hoverfly numbers had dropped off considerably with just single sightings of Melanostoma scalare on 19th, Common Spotted Field Syrph Eupeodes luniger and Humming Syrphus on 21st, and Marmalade Hoverfly on 26th. The last hoverfly of 2020 was a Glass-winged Syrphus Syrphus vitripennis on 19th December. 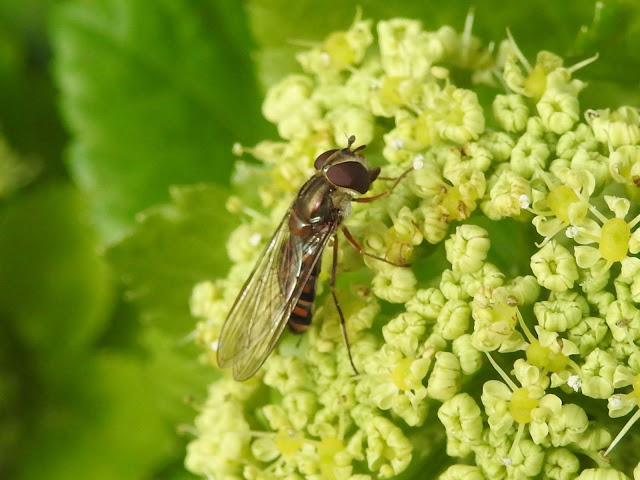 Including one hoverfly, 11 fly species were added to the Warren list in 2020 bringing the overall total to 645 species.
The first new fly of the year was the cranefly Cylindrotoma distinctissima on 20 June. Less obvious, but still new for site were gall midges Contarinia hyperici (St John's-wort), Cystophora sonchi (sow-thistles), Jaaplella schmidti (plantains) and the leaf miners Chromatomyia ramosa (Teasel), Aulgromyza heringii (Ash) and Phytomyza agromyzina (Dogwood) all given away by their larval stages on specific plants. The other new species included the smart Looped Flutter-fly Palloptera muliebris in the Cuckoo's Nest on 27 August.
Prior to this year there were only three records of the migratory Locust Blowfly Stomorhina lunata on site, but between 1-22 October there were a further five individuals. The occurrence of this North African vagrant coincided with strong southerly winds. 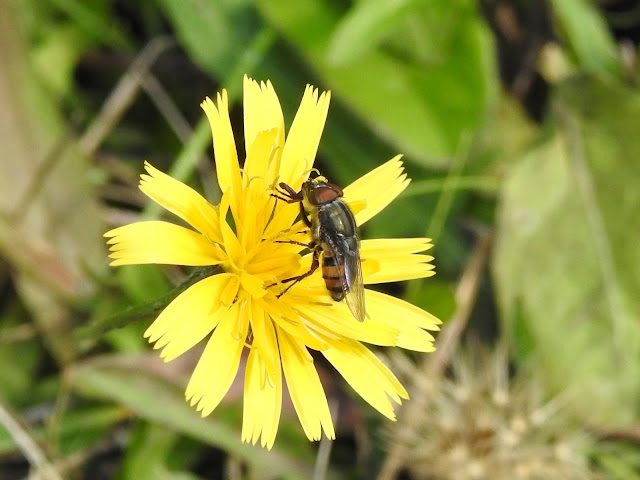 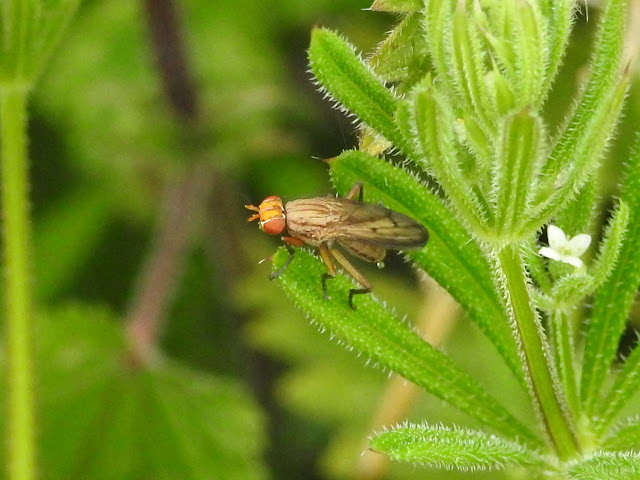