An afternoon visit saw an Osprey, 20+ Common Tern, two Mediterranean Gull and the autumn's first Kingfisher in the estuary, with 24 Sanderling on the beach, two Yellow Wagtail and 30+ Swallow flew east with six Whitethroat and four Wheatear on site. No news was received from the morning high tide.

Wildlife News: The long overdue first Holly Blue of the year was on the Golf Course with a Golden-ringed Dragonfly also present. A Sunflower on Warren Point was the first record since 2005, which was also a tideline dwarf. 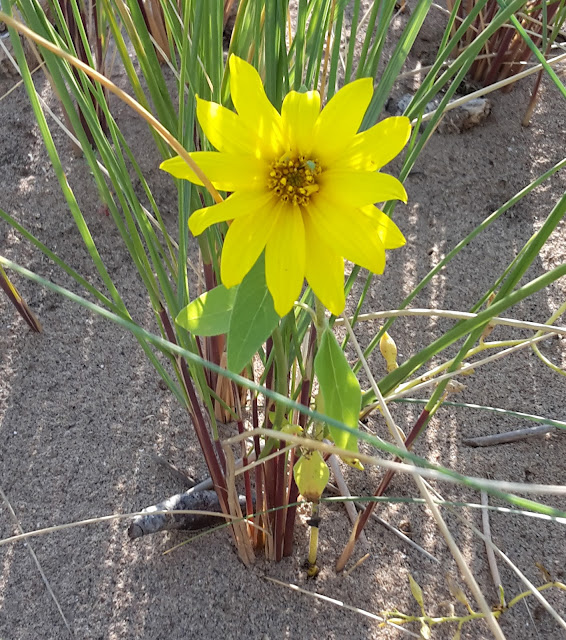 Sunflower
Posted by Dawlish Warren at 22:00