Elsewhere 40 Swallow and eight Sand Martin flew through with five Wheatear and a Whitethroat the pick of the grounded migrants.

Wildlife News: The warm, sunny conditions brought out several solitary bee species and good numbers of hoverfly species out in good numbers. Most were on the flowering water mint but an area of Japanese Knotweed held several foraging species, an unexpected benefit. 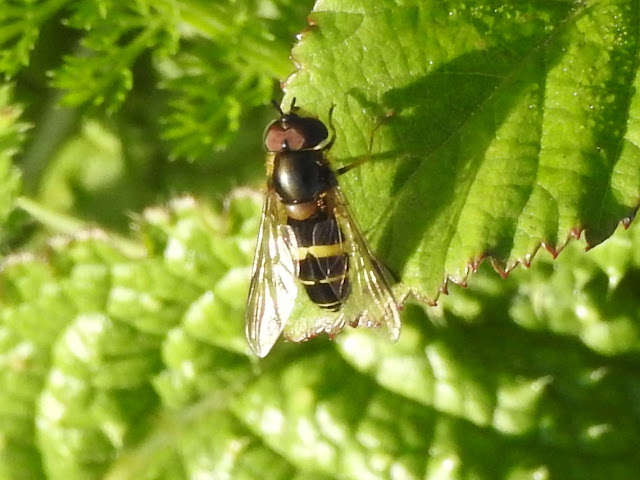 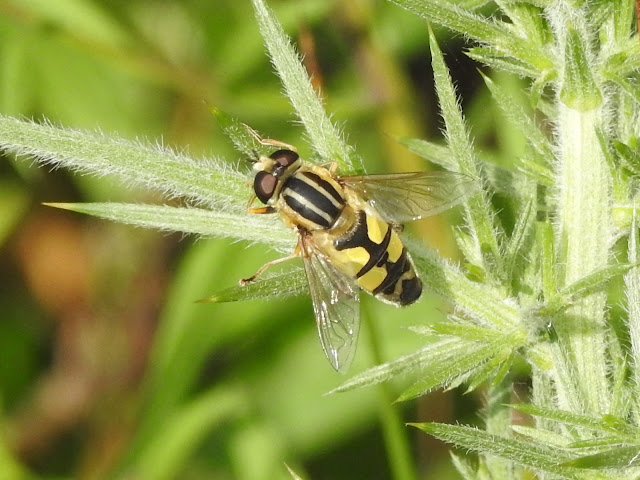 The first of the autumn generation of Black Mining Bee Andrena pilipes was on the wing along with the second site record of Patchwork Leafcutter Megachile centuncularis and several Pantaloon Bee Dasypoda hirtipes. 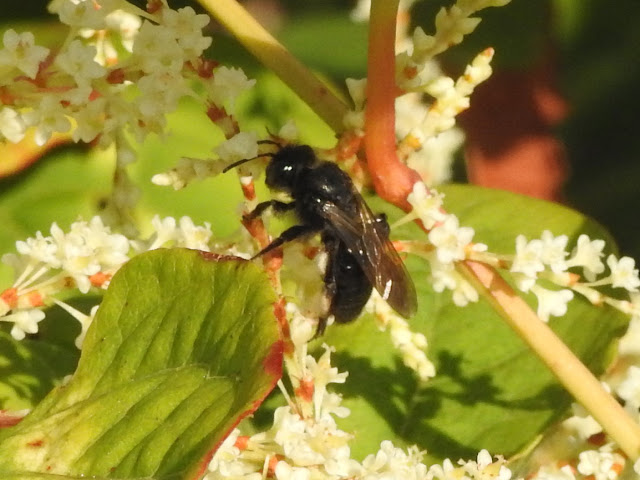 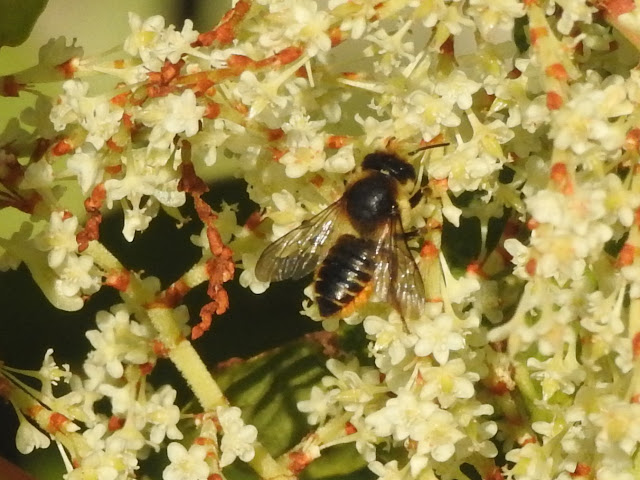 Patchwork Leafcutter - Alan Keatley
A Golden-ringed Dragonfly was the pick of the Odonata. 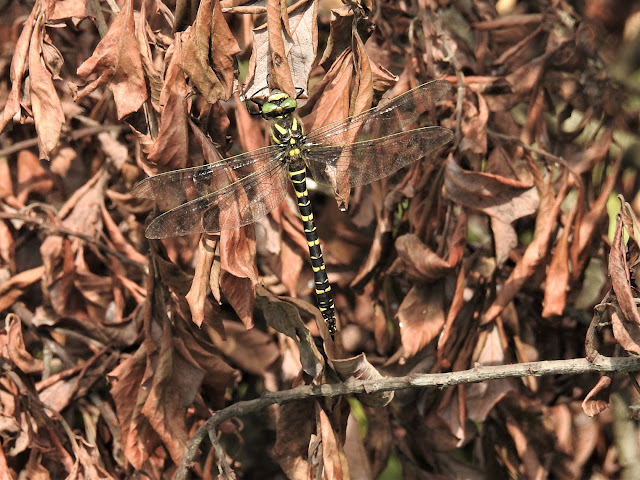