Two Siberian Chiffchaff were by the Main Pond with a Common Chiffchaff  with six Shoveler, two Water Rail and a Kingfisher on the pond.

Although the regular species were all present there were no meaningful counts of waders with numbers low on a low high tide and being flushed offsite by a hunting Peregrine. They were however 126 Dark-bellied Brent Geese, 38 Ringed Plover, two Red-breasted Merganser and a flyover Golden Plover.

It was much choppier offshore than of late with no sign of the Slavonian and just 25 Great-crested Grebe along with 25 Kittiwake, seven Red-throated and a Great Northern Diver, four Razorbill and two Common Scoter. 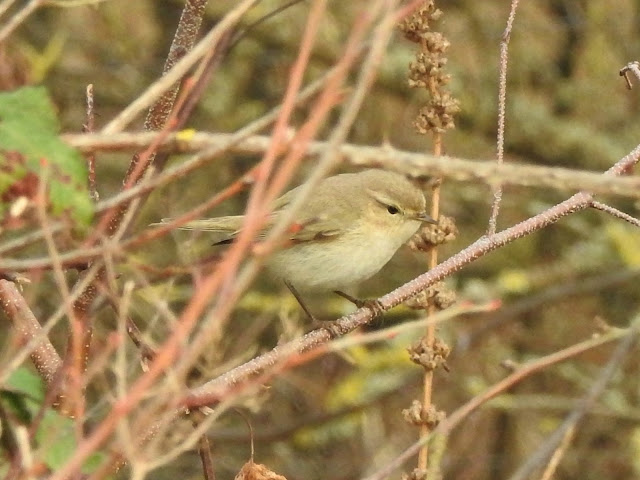 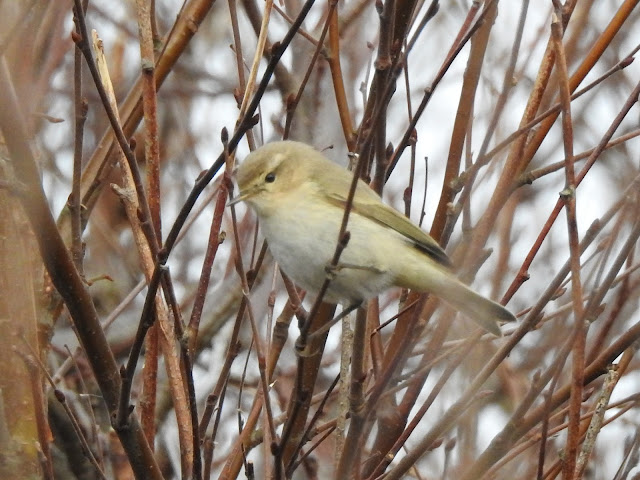 Wildlife News: A Grey Seal was in the estuary.