Wildlife Review 2021 - Mammals and other vertebrates

With records from 2020 and an unfortunate tideline corpse found on 9 May, Hedgehog still maintains a foothold on site, sadly the same cannot be said of Mole with no molehills now for over two years near the amusements.

Rabbit numbers continue to decline as a result of disease, apart from the Spring sightings of naïve young bunnies, numbers seen were worryingly low, especially later in the year. The lower numbers may also affect rare plants that rely on grazing rabbits to keep vegetation finely cropped. 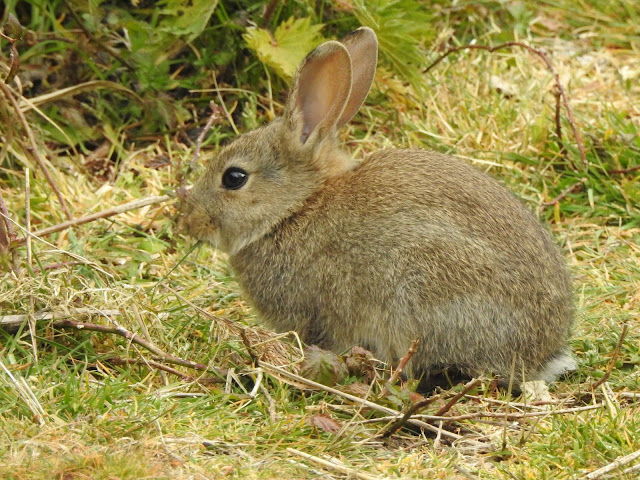 Two of the three shrew species were recorded, no reports of Water Shrew, with Common Shrew on 18 May and the scarcer Pygmy Shrew on 12 September, as the norm with shrews sightings these were of dead animals.

Pipistrelle bats are a regular feature over the Warren at dusk with both Common and Soprano recorded this year, two other bat species were over the Golf Course but their identity could not be confirmed, a Brown/Grey Long-eared on 24 June and a Whiskered/Brant's on the 29 September.

A Grey Squirrel found near the Main Pond and Golf Course between 10-19 September was a record stayer for this species, no doubt an adventurous youngster from the mainland. The majority of records are from early autumn. 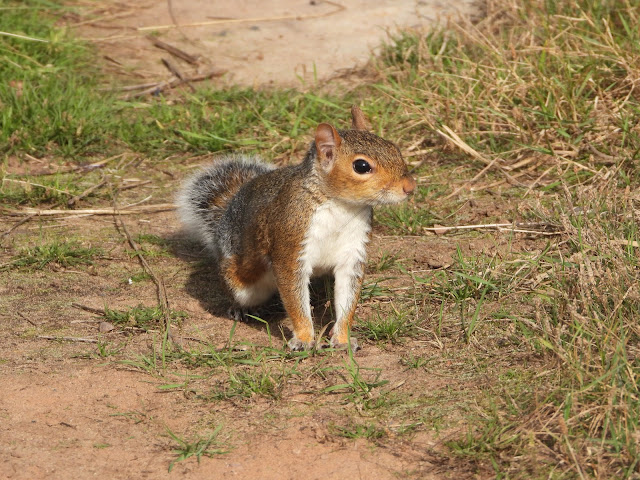 The most likely vole to now be seen on site is the well-established Water Vole with sightings from the Main Pond and Golf Course throughout the year. The more numerous, but less likely to be seen Field Vole provided food for the ever-present Kestrel on site, especially during autumn and winter. A brave or foolhardy Wood Mouse was seen up an apple tree on 26 October and a despite a presumed continuous presence just one Brown Rat was recorded, around the Amusements in November.

Land predators were seemingly scarce this year with only a couple of Fox and Stoat and a single Weasel sightings, although tracks along the Dune Ridge indicate they are still regularly patrolling the Warren.

Common Dolphin and Harbour Porpoise were seen occasionally throughout the year off Langstone Rock reflecting the increasing numbers in Lyme Bay. However, there were no sightings of Bottle-nosed Dolphin for the second year running and with no occurrences in Torbay this year the species is probably lost from the area.

One or two Grey Seal were regular through the year with a bull often calling to the female in autumn. A single Common Seal was seen in December.

At least a dozen Common Lizard, including juveniles, were found basking near the hide in September indicating a good breeding season for this species. This may not be the same for Sand Lizard as sightings were only occasional. The erosion of breeding areas by storms will have a continuing effect on numbers of this introduced species.

A Slow-worm found on the Golf Course on 12 August was a good find as sightings have been in decline in recent years. Common Toad were active from 7 March and the increasing Common Frog noted from 31 July. 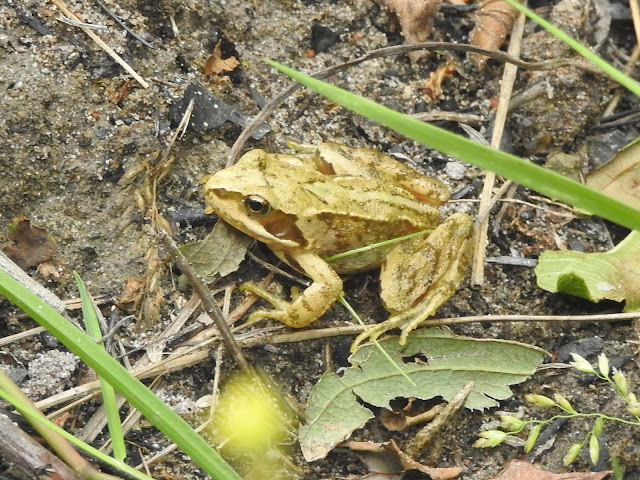 Fifteen fish species were recorded this year, some marine species from shore anglers and others from beachcombing or rock pooling at Langstone Rock.

Highlights include two new species;  a Red Gurnard on 7 March and a Worm Pipefish on 31 March, both found on the beach at low tide. 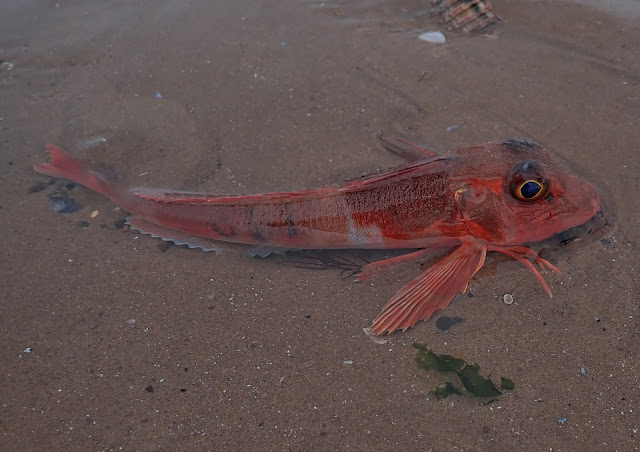 At least fifty shoaling Common Rudd in the Main Pond in September is some indication of numbers, these didn't go unnoticed by a Grey Heron taking advantage of this feeding opportunity.

A Starry Smooth-hound feeding in the estuary shallows on 25 September surprised not only the observer but also an on-looking Mute Swan. The second site record of a Atlantic Bluefin Tuna was offshore on 20 November reflects the growing numbers in Lyme Bay after the first in the estuary last year. 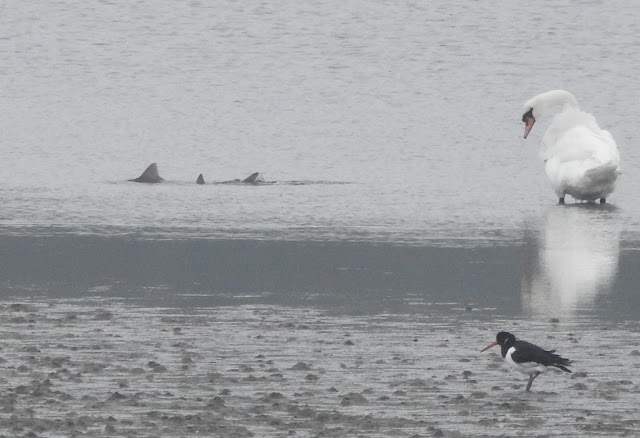