The end of the breeding season and return migration is increasingly apparent with 40+ juveniles in a total of 205+ Sandwich Tern, the first juvenile Great Black-backed Gull and the first three juveniles in a count of seven Mediterranean Gull. Other counts from the estuary included 49 Dunlin, 27 Sanderling, including a Ghanaian ringed bird, three Common Tern, two Redshank and two Turnstone. Passerines were represented by the first autumn Garden Warbler, only the second of the year, and a handful of Sand Martin. 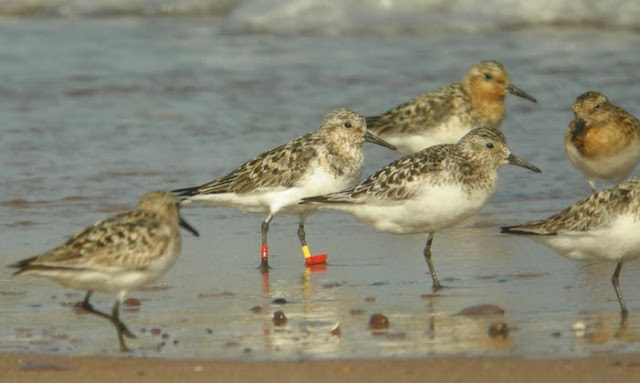