The long awaited first Yellow-browed Warbler of the year was in the Entrance Bushes this morning, although vocal at times it was however fairly elusive and was not seen subsequently. In the estuary the Water Pipit was again in front of the hide, Dunlin numbers remain around 300 with 31 Ringed and 16 Grey Plover, six Sanderling and the Slavonian Grebe. Elsewhere a late Swallow, 22 Skylark, five Jackdaw and a Siskin flew over before 9am but the lack of cloud cover meant many migrants passed too high over the site to be seen/heard. 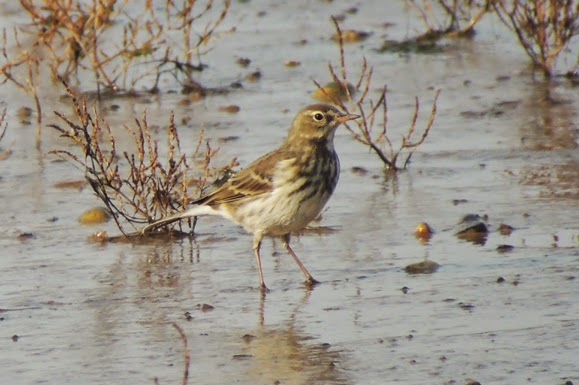 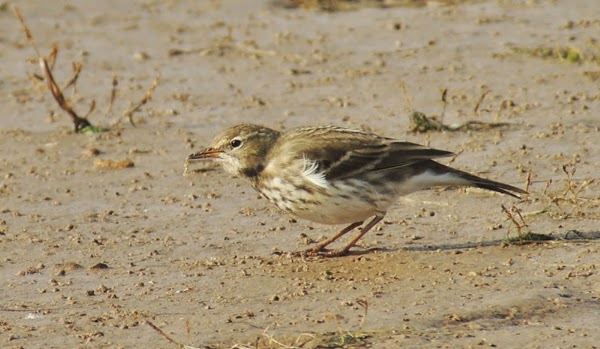