The overnight weather gave some hope for some decent seawatching, but although this was the case elsewhere once the weather cleared birds avoided this corner of Lyme Bay. In two hours there were just 12 Gannet south with most of those seen distantly after the rain, also south two very distant Arctic Skua, an adult Mediterranean Gull, 12 Sandwich Tern and a Curlew with 12 Common Scoter wheeling about way offshore.
Ringing News: This Ringed Plover NLE seen in the Bight on Saturday was ringed at Makkevika, Giske, Norway on 25/08/14. Thanks to Kjell Mork Soot of the Sunnmøre Ringing Group www.fugler.com for this information. 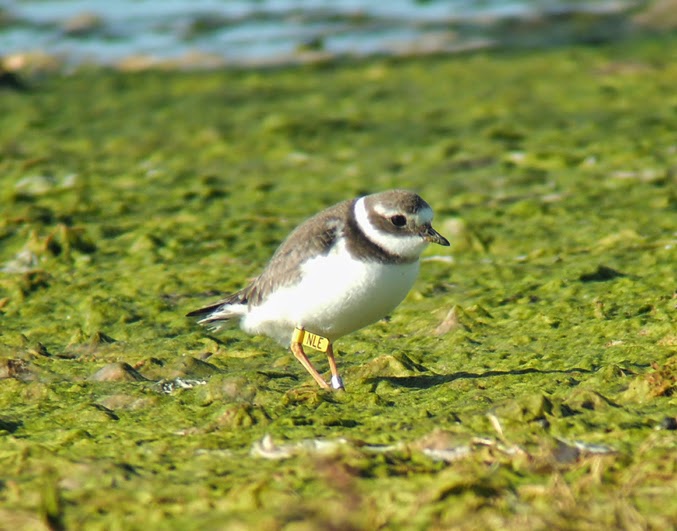 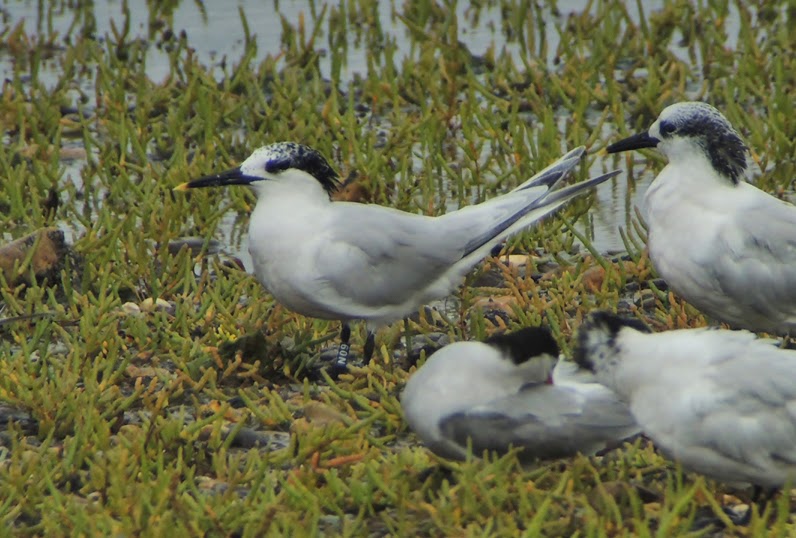 View Sandwich Tern N09 in a larger map
Posted by Dawlish Warren at 22:21