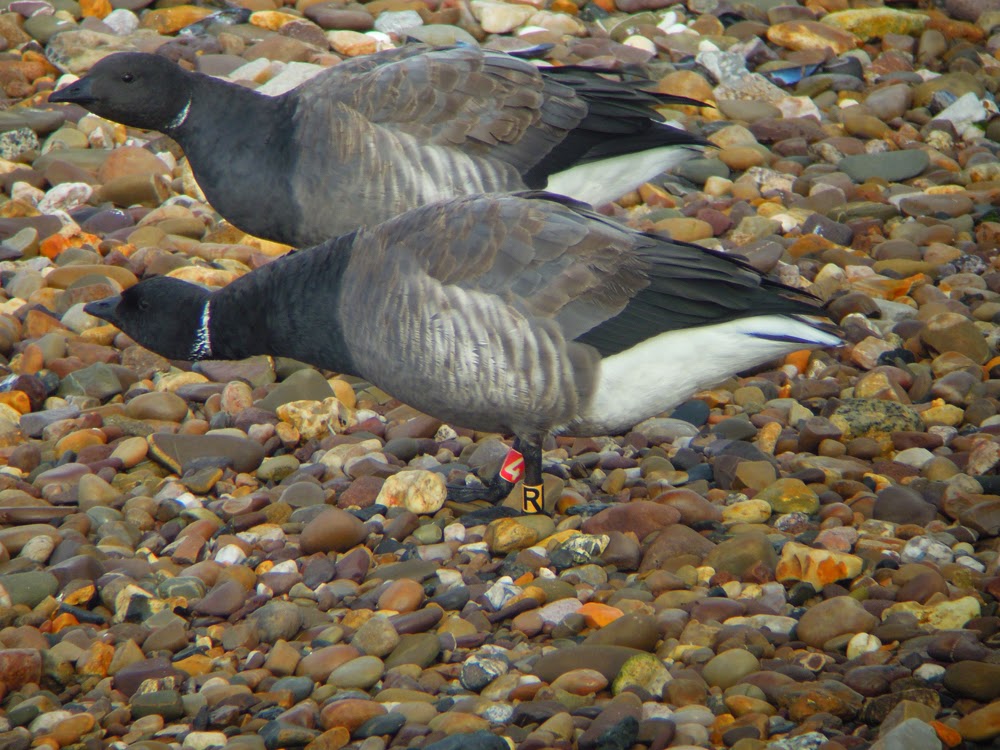 Brent Geese - Dave Jewell
Ringing News: This Brent Goose was ringed as an adult at Powderham in 1996 so is at least 19 years old. It has been recorded on the Exe most winters since.
Posted by Dawlish Warren at 20:06