A Water Pipit on Woodhenge was a new arrival on an otherwise fairly typical winter day. Also from the hide there were counts of 1100 Dunlin, 156 Brent Geese, 21 Ringed Plover, 16 Sanderling and just six Knot. Elsewhere the two Velvet Scoter were still offshore with 90 Common Scoter, two Red-throated Diver and two Eider, two Shoveler were on the Main Pond and a Cirl Bunting in full song on the golf course was ignoring the season. 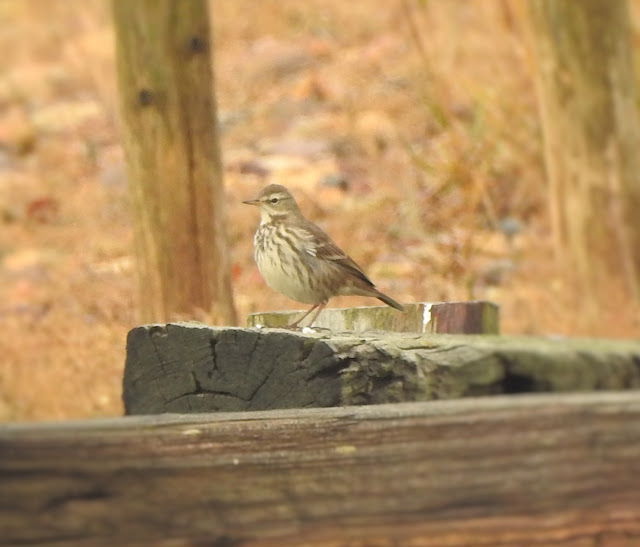