All of the regular Spring butterflies were seen, such as Comma, Green-veined White, Holly Blue and Orange-tip, the latter having a better year at least. 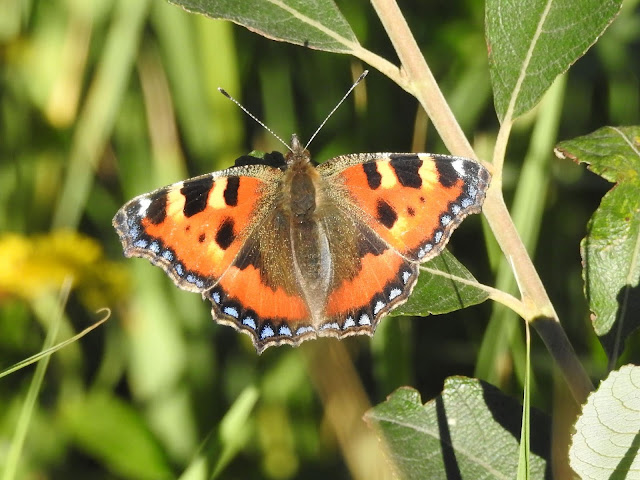 There were a trickle of Wall Brown sightings between May and September, as the species retains a tenuous hold to the Warren. Scarce on site, the only Brimstone was seen on 8 August. Small Tortoiseshell had its best year in a long time with several sightings from 25 June. Brown Argus were difficult to find during hot spells of weather and were only seen in ones or twos. Rarely seen on site, on 31 July there was a record of a Silver-washed Fritillary. 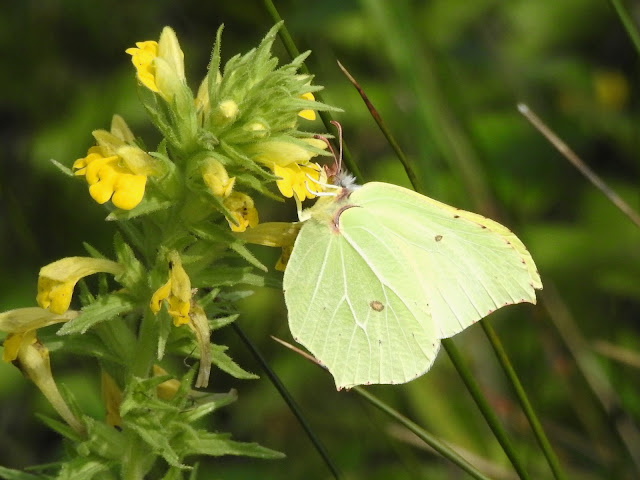 Other species like Meadow Brown, Common Blue and Small Copper were recorded regularly in usual numbers and Gatekeeper were very numerous. Both Small and Large Skipper were down and only a few Marbled White and Ringlet were seen. However several Peacock caterpillar nests were found indicating a good breeding year and emphasising the importance of Nettle as a food plant.

The standout sighting of the year though was the second site record of the rare migrant Long-tailed Blue on 9 August. This mirrors other sightings along the English Channel coast at the same time.

Amongst other migrants Painted Lady were notably scarce with only four well spread sightings, in contrast it was an exceptional year for Clouded Yellow with multiple sightings from June onwards. Double figures were seen on several days, and sightings continued into October. 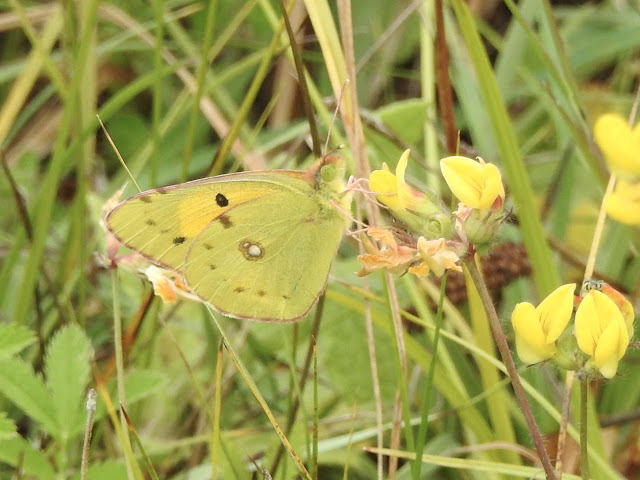 Red Admiral had a long season passing through in steady, but not substantial numbers until November, however both Small and Large White moved through in good numbers this year.

No light trapping took place this year but just over 100 species were still recorded, with eight species added to the Warren list. Remarkably amongst these was the first record of the Nationally Scarce Red-tipped Clearwing, with one found nectaring on Water Mint on 1 August. 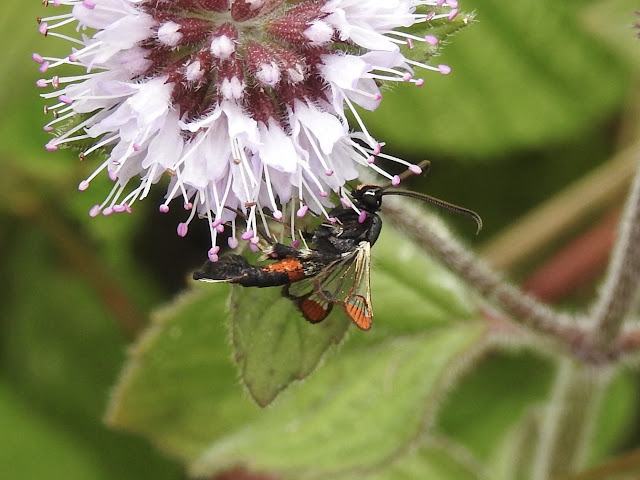 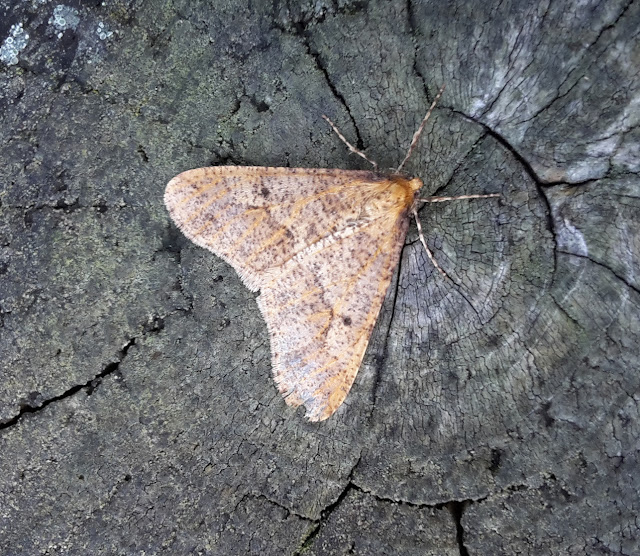 The day flying migrant Silver Y started to appear from mid May, with steady numbers through to October; a large influx on 13 June was alongside exceptional numbers of migrant hoverflies. Smaller numbers of Rusty-dot Pearl and Rush Veneer were noted with a Vestal on 16 September.