The season started in May with the emergence of Blue-tailed and Azure Damselfly. A Broad-bodied Chaser on 18 May continued the recent run of records for a species that used to breed on all the ponds in the past.

Amongst the regular breeders; Emperor Dragonfly frequented the ponds and meadows from 25 May to 6 September; the first Southern Hawker appeared on 24 June and they were seen sporadically until 26 September. First seen on 11 July, Migrant Hawker were numerous, frequently seen around the ponds occasionally pairing up and ovipositing, the last sighting was on 7 November. 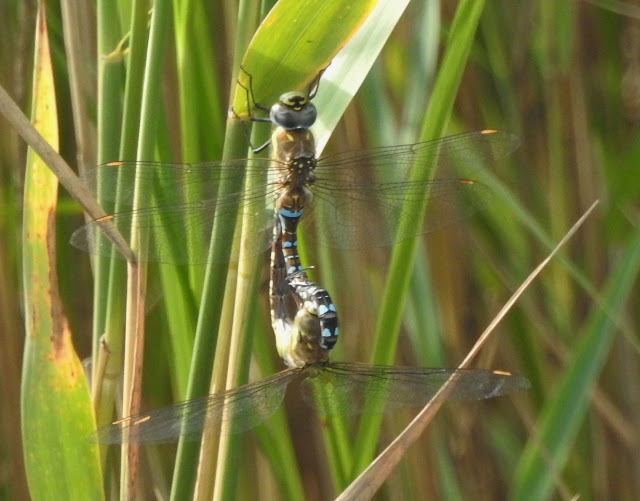 Never common on site there were three of sightings of Golden-winged Dragonfly this year, all in July. The outstanding sighting of the year was the first record of Lesser Emperor when a female was seen near the Main Pond on 3 August, the 26th species for the Recording Area.

Always the last species to emerge Common Darter were late with the first on the wing on 13 August, and they were seen in much lower numbers this year. A few pairs were still being recorded in early November and there was an exceptionally late sighting on 4 December. 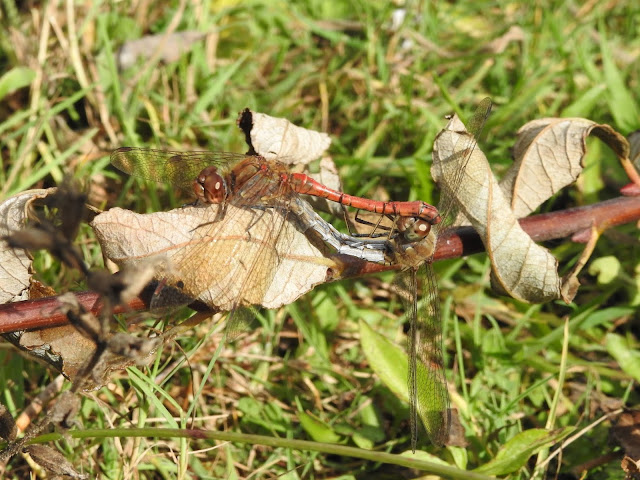