The first Reed Warbler of the year was at the Main Pond along with the presumed long-staying and very elusive Siberian Chiffchaff and a second equally pale individual.

More unexpected though was a Red-throated Diver on the Main Pond late in the day. Although not looking in the best of health it was feeding on occasion; the Canada Geese took a dislike to it if it came too close and the two pairs of Little Grebe gave it a wide berth. 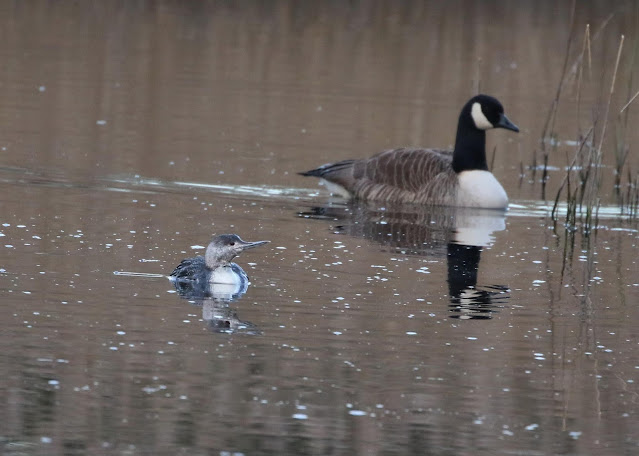 Elsewhere three Wheatear and two Whitethroat were on site and 70 Pale-bellied Brent Geese flew north up the estuary, with other counts including 170 Oystercatcher, four Whimbrel, three Sanderling and three Sandwich Tern.

Wildlife News: Several Small Copper were on the wing and Water Vole were present at the Main Pond. A large number of Eyelash Fungi Scutellinia scutellata were found on rotting wood near Dead Dolphin Wood. 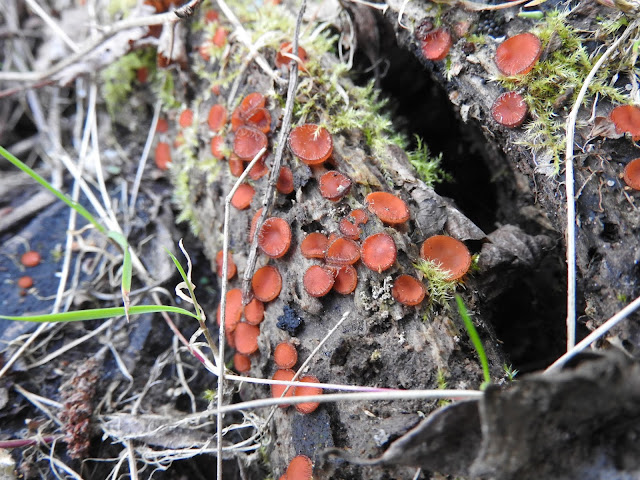 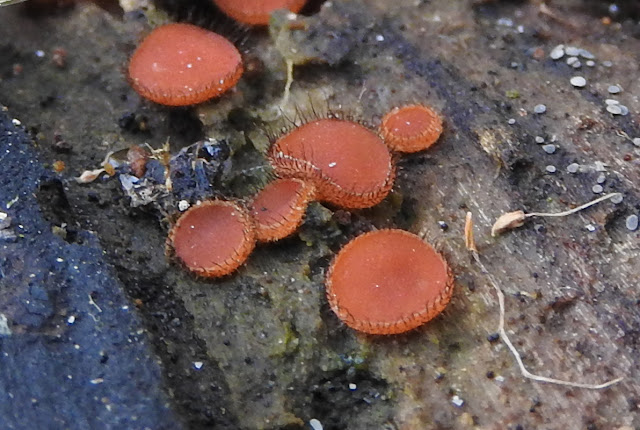