A break in the weather revealed a fall of migrants, but variety was limited, a good count of 28 Chiffchaff, four Blackcap and a Goldcrest on site. The latter was in roaming flock of 12 Long-tailed Tit and 18 Chiffchaff.

Wildlife News: With the seasons changing fewer insects were on the wing despite the weather. The majority of the remaining hoverflies were Common Dronefly Eristalis tenax, with just a few Stripe-faced Dronefly Eristalis nemorum, Long Hoverfly Sphaerophoria scripta and Tiger Hoverfly Helophilus pendulus, a couple of Thick-legged Hoverfly Syritta pipiens and Humming Syrphus Syrphus ribesii. However the highlight were the first Meadow Field Syrph Eupeodes latifasciatus of the year with two on the Ivy, probably migrants given the late date. 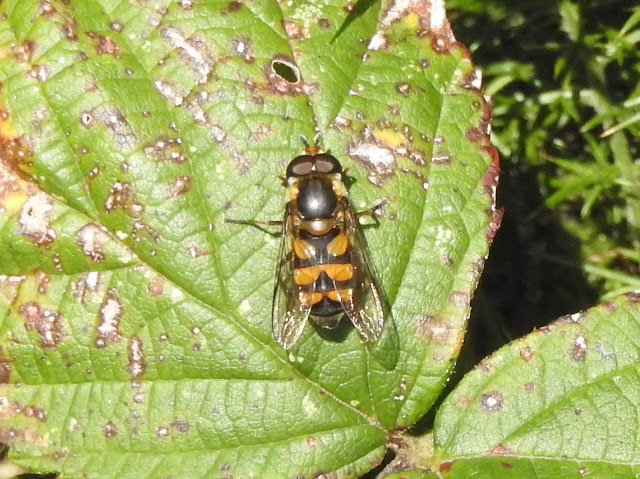 No obvious butterfly migration with a Comma and several Red Admiral content to nectar on Ivy instead of moving through. 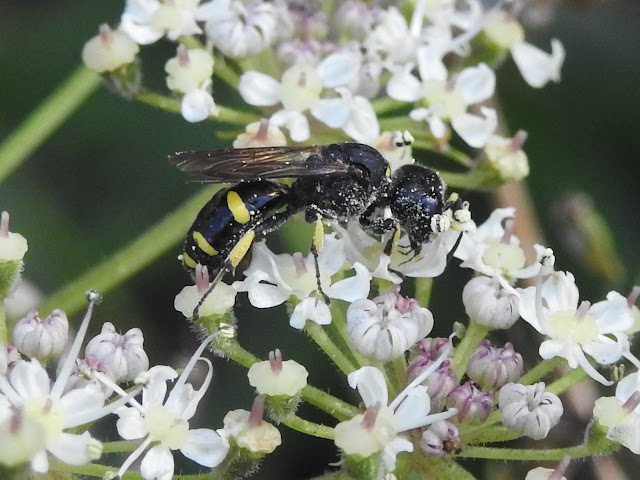