The day's highlight was expected, considering the numbers elsewhere, as 21 Jay, including a flock of 19 at 10.05, flew high west. This is the highest count since the 1983 influx, with only one double-fig count in the interim, 12 on 02/05/2013. Other migrants overhead included 30 Meadow Pipit, 13 Swallow, 11 House Martin, five Rook and two Jackdaw. On site there were seven Chiffchaff and two Blackcap with 80 Goldfinch and 40 Linnet.

There were few counts from the estuary but 20 Grey Plover, 14 Sandwich Tern, 10 Sanderling, three Mediterranean Gull and a Black-tailed Godwit were present.

Wildlife News: Although the Ivy is now out on flower there were very few Ivy Bee on the wing, hopefully they haven't emerged too much out of sync with their main nectar source. 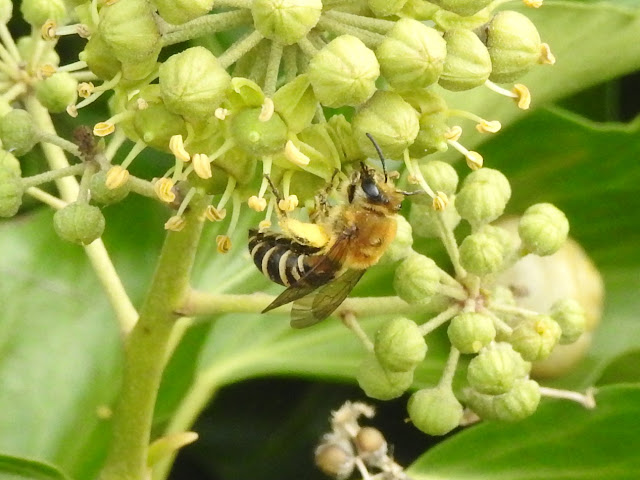