Very quiet offshore with three Fulmar south the best of little movement, on the sea the Velvet Scoter was still present, with 13 Great-crested Grebe, two Great Northern and a Red-throated Diver. 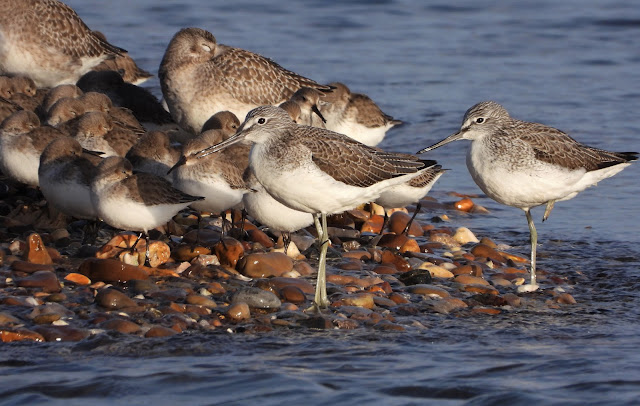 Elsewhere three Goldcrest were in the bushes, a murmuration of 1250 Starling at the Main Pond attracted a hunting Sparrowhawk, with four Snipe three Shoveler, three Water Rail and singing Little Grebe also present and two Rook overhead hinted at Spring.

Ringing News: The Grey Plover below (BBLB) was ringed at Exminster Marshes in Feb 2020, so has now been returning to the Exe for at least the last three winters. Ringed as an adult it could however have been returning for the last 20 years. 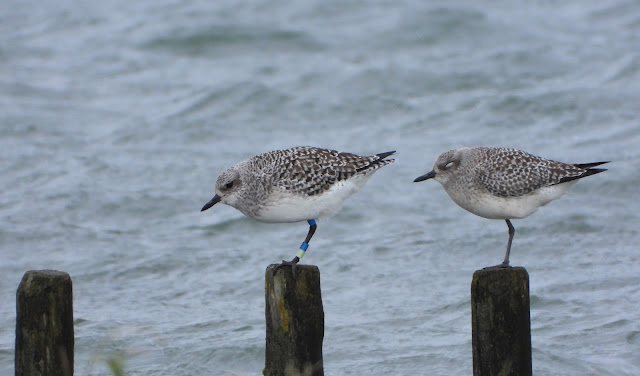