The Velvet Scoter was still offshore this morning along with five Red-throated and three Great Northern Diver, 102 Kittiwake, 41 Gannet and eight Great-crested Grebe.

Elsewhere two Goldcrest and a Chiffchaff were in the bushes, a Water Rail was at the First Pond with four Shoveler and a Kingfisher at the Main Pond.

Wildlife News: An afternoon of continuing strong winds and rain saw focus shift to ground level with various fungi, bryophytes and lichens recorded. Scarlet Elfcup provided some much needed colour for the day with Nectriopsis lecanodes a more subtle affair. The Recording Area is one of only five sites in England for this species. 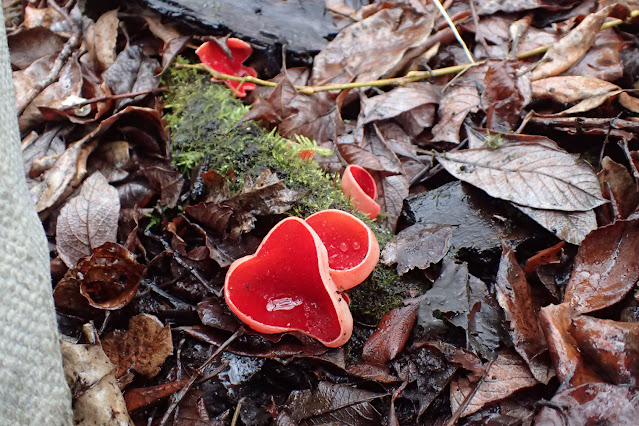 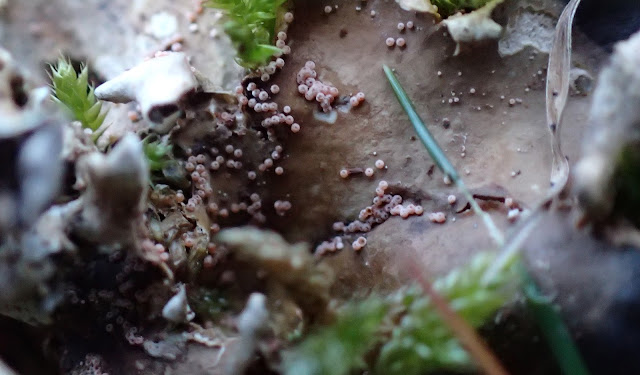 Mossy Stonecrop is emerging around the Car Park and Buffer Zone in bare areas with the nationally rare liverworts Micheli's Balloonwort Sphaerocarpos michelii and Blue Crystalwort Riccia crystallina, the latter was also found at a new site on the Golf Course. 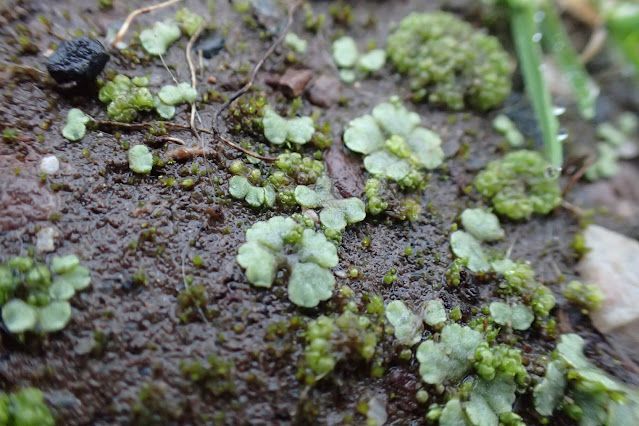 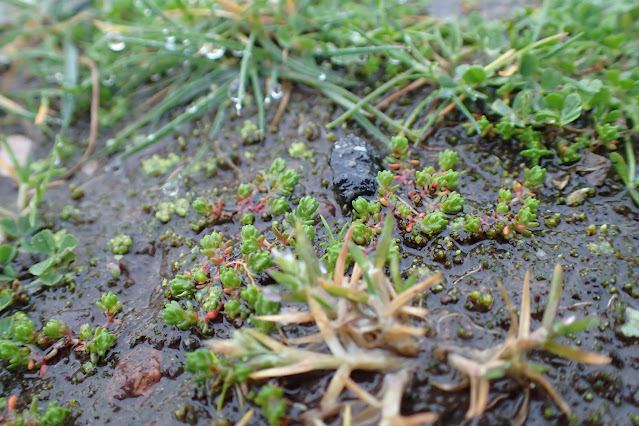 Insects were few and far between with a Yellow Dung Fly grimly hanging onto a flowering Alexanders and the nationally scarce Lesne's Earwing a surprise daylight find. 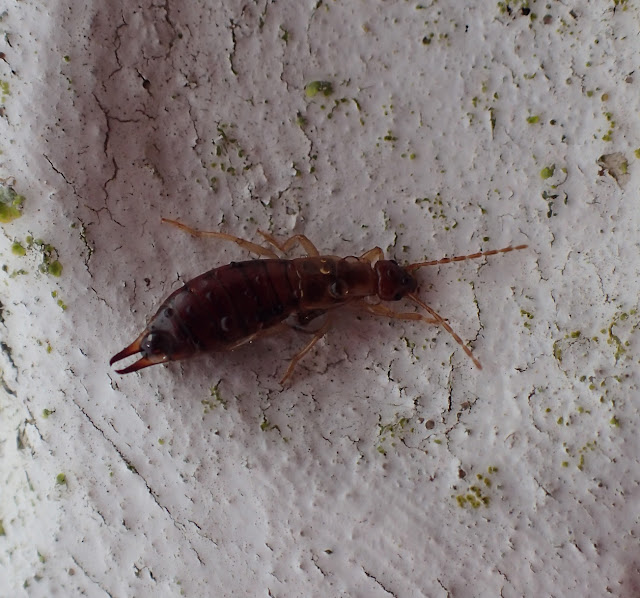