The Water and a Scandinavian Rock Pipit were on the Golf Course with counts from the estuary including 1000 Dunlin, 413 Oystercatcher, 348 Dark and a Pale bellied Brent Geese, 163 Curlew, 107 Grey and 14 Ringed Plover, 94 Bar-tailed Godwit, 67 Common Gull, 33 Redshank, 26 Sanderling, 18 Knot, 10 Red-breasted Merganser, eight Wigeon, three Greenshank and a Pintail. 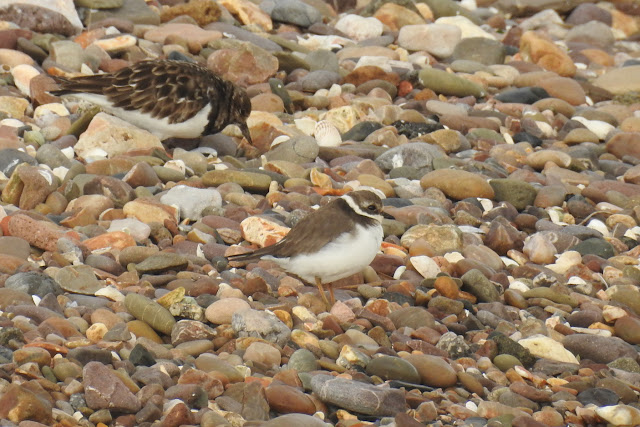 Elsewhere a single flock of 49 Stock Dove flew W early afternoon, with four Meadow Pipit and three Rook over in the morning, nine Cirl Bunting and a Goldcrest were on site, two Shoveler were at the Main Pond and offshore there was no sign of the Velvet Scoter with eight Red-throated Diver and three Common Scoter on the sea with a few Gannet and Kittiwake passing south.