The mini purple patch continued with a singing Cetti's Warbler near the Dune Pond most of the morning, just the 13th site record, but annual in recent autumns. Other arrivals were limited to a single Wheatear in Greenland Lake and seven Chiffchaff around site. 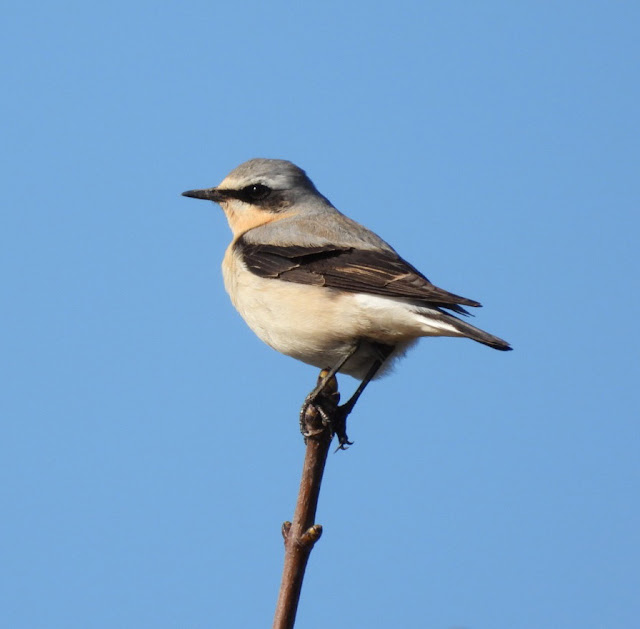 Elsewhere 292 Dark-bellied Brent Geese were feeding on the beach at low tide, four Shoveler and three Teal were on the Main Pond and the sunny weather saw single Sparrowhawk and Buzzard drift overhead.

Wildlife News: The Sand Crocus resisted the sunshine, mean emergence for the last three years has been the 18th March, but it brought out a few more insects with Yellow-legged Mining Bee Andrena flavipes around the car park roundabout, a couple of Buffish Mining Bee Andrena nigroaenea on sallows near the Dune Pond and a selection of butterflies including a Red Admiral and a couple each of Small Tortoiseshell, Peacock and Comma. 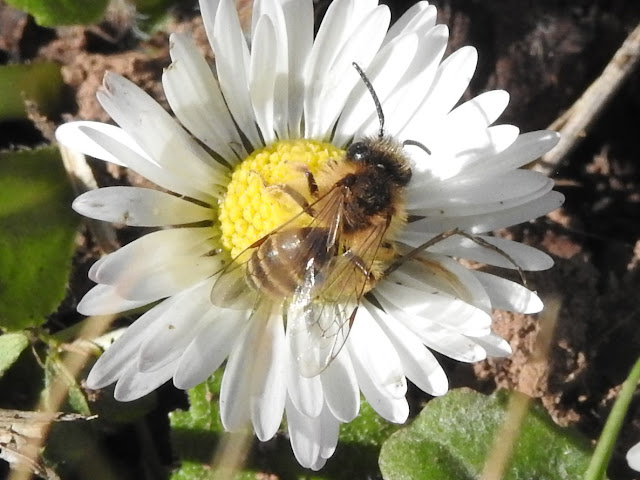 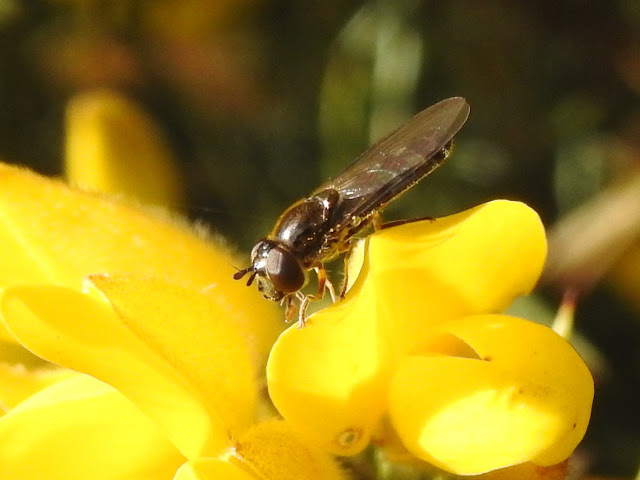