Counts from the estuary included 15 Mediterranean and 38 Black-headed Gull, including the first juvenile, 146 Curlew, 14 Redshank, 11 Sandwich Tern and a Bar-tailed Godwit. Elsewhere 18 Manx Shearwater and a Common Tern were offshore. 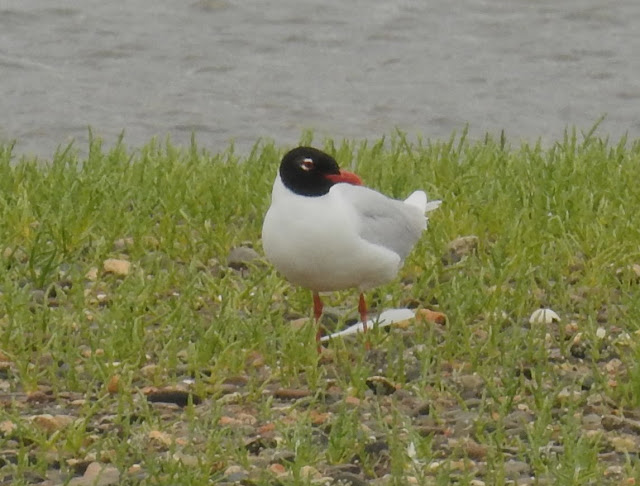 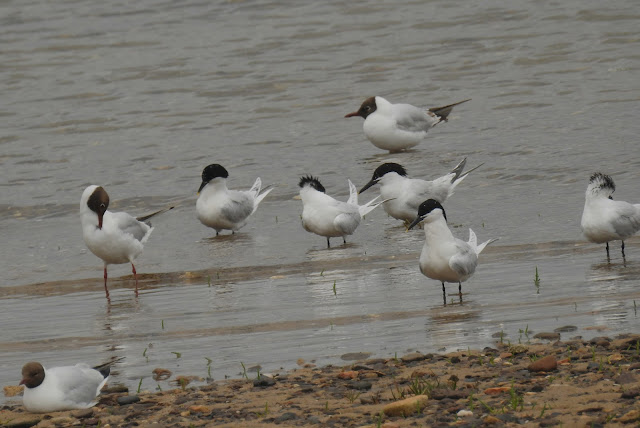 Ringing News: Although numbers have increased slightly of late, the first returning ringed Oystercatcher was noted today, U3 now with a very worn ring.

Another returning bird was Sandwich Tern Red KZA. Ringed on passage on Dyfi Estuary, Wales as a juvenile in 2020. It was first seen here between 5-15th July last year. This only the third June recovery for this species and indicates that KZA is probably still a mobile non-breeding immature hence the early date. 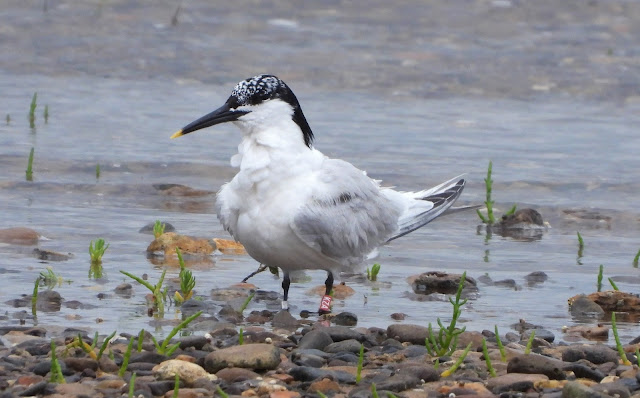 Wildlife News: A Large Skipper in Greenland Lake was one of the few butterfly species on the wing during breaks in the poor weather. 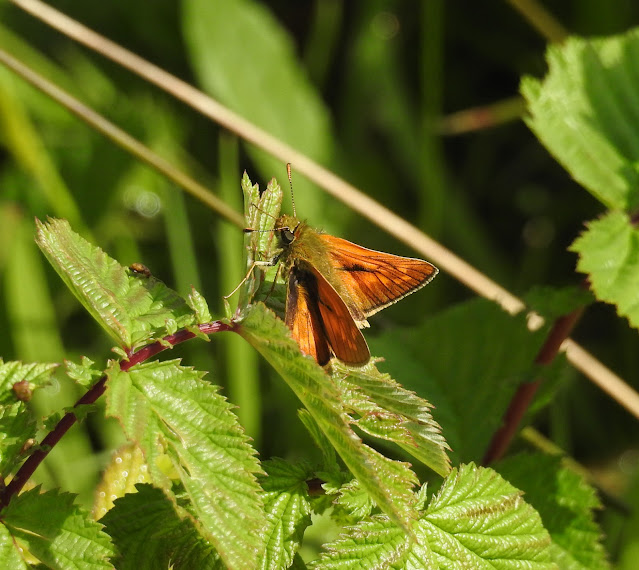