A late start meant any Woodpigeon movement overhead went unreported with just 380 W after 9.15am, blue skies kept passerines high but at least 20 Skylark, 15 Chaffinch, two Redpoll and a Siskin also went through, with 70 Linnet, 25 Greenfinch and two Bullfinch also on site. Around the bushes six Chiffchaff and three Goldcrest with five Water Rail, singing Little Grebe, a Kingfisher and a Cetti's Warbler at the Main Pond. 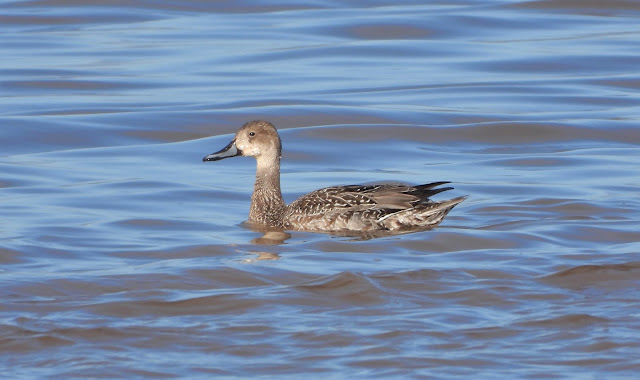 Despite the flat sea very little to be seen offshore with just two Eider off Exmouth and at least 31 Common Scoter in the bay.

Wildlife News: Three Grey Seal in the estuary, with the male's 'song' carrying across the water.