Waders continue to feature with the Curlew Sandpiper still present early morning but not the evening tide, both colour-ringed birds also seemed to have moved through. Counts included 160 Dunlin, 35 Sanderling, 60+ Whimbrel, 15 Bar and a Black-tailed Godwit, nine Ringed and a Grey Plover all roosting on the beach. Elsewhere 10+ Great Northern and a Red-throated Diver were offshore and at least seven Wheatear were on site.

Ringing News: Details of yesterday's Sanderling have already been received. It was ringed on the breeding grounds at Karupelv Valley on Trail Island, eastern Greenland in July 2013 and has also been seen on autumn passage in France (September 2013) and in northern Spain in December 2013 and March 2014. 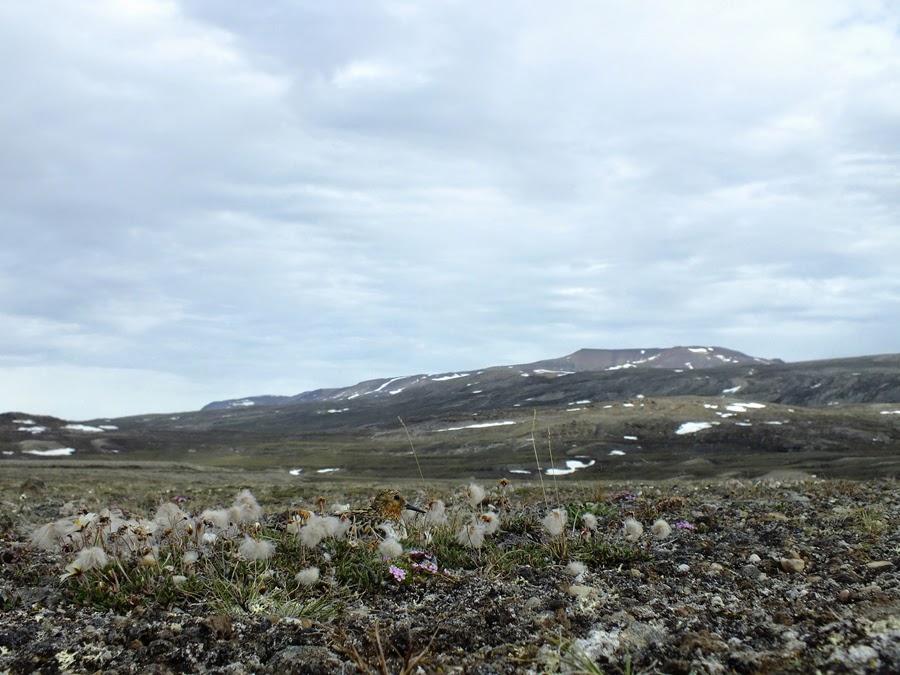 A Sanderling on the nest Trail Island, Greenland © Johannes Lang
For more info visit http://www.karupelv-valley-project.de/english/
Wildlife News: Small Adder's Tongue is out in Greenland Lake, the only mainland site in Devon for this rare fern. The first Azure Damselfly of the year was on the wing.
Posted by Dawlish Warren at 13:04