Other migrants included the first Swift of the year through with three Yellow Wagtail, 20 Swallow, eight Sand and a House Martin, five Wheatear, single Sedge and Willow Warbler and a Hobby that flew across the bay and made landfall over Orcombe Point. 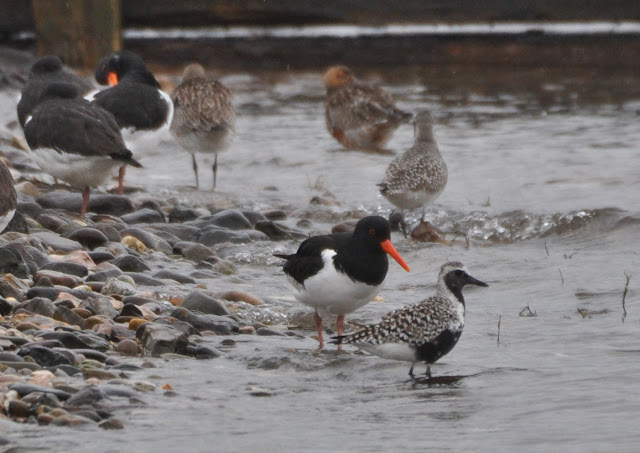 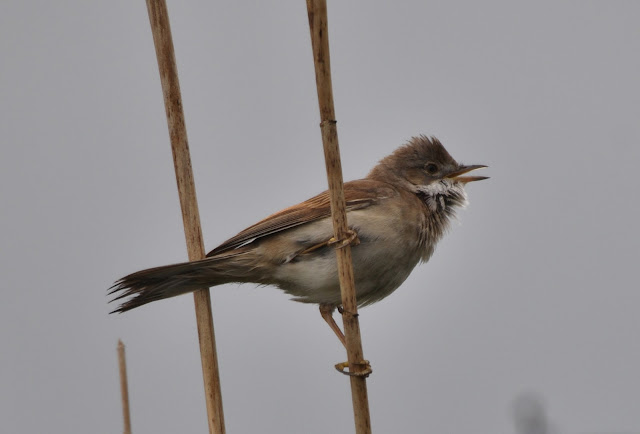 Whitethroat - Simon Thurgood
Wildlife News: The sunny weather this afternoon brought out good numbers of butterflies with a couple of Wall Brown on the Dune Ridge, other species on the wing included Holly Blue, Red Admiral, Orange Tip, Green-veined White, Small Copper and Peacock. There was no sign of any Speckled Wood, perhaps the cold spell has already curtailed the first generation. 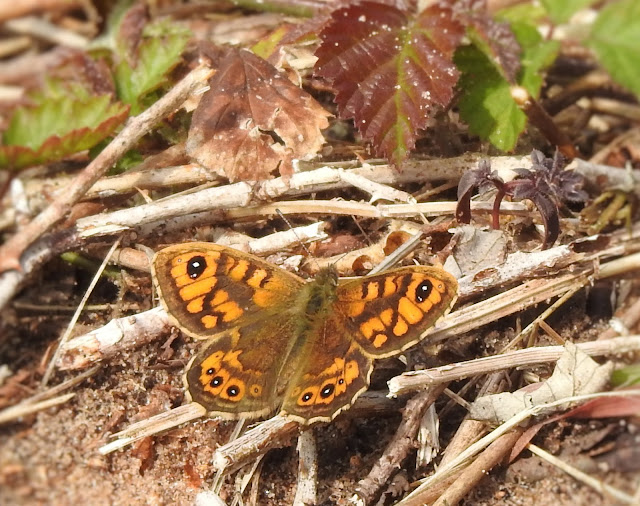 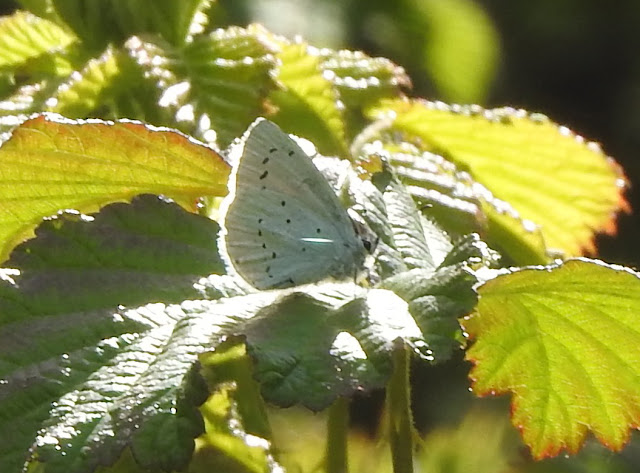