Three Red Kite passed through today along with 15 Swift and a couple of Sand Martin but there were no other migrants. The Slavonian Grebe was in the estuary with counts including 31 Sanderling, 21 Curlew, 15 Whimbrel, eight Grey Plover, six Dunlin, four Turnstone and a Ringed Plover. Elsewhere a Great Northern Diver, 32 Manx Shearwater and 30 Common Scoter were offshore and the Great-spotted Woodpecker have fledged.

Wildlife News: A pod of 10 Bottle-nosed Dolphin, including calves were offshore early morning. Both Painted Lady and Marmalade Hoverfly were seen arriving off the sea. Elsewhere at least four Tree Bumblebee workers were by the Crocus Compound, only the second record, and presumably the first nest for the Recording area. In Greenland Lake 15 Small Adder's-tongue were counted with four Bee Orchid spikes and numerous patches of Blue-eyed Grass. 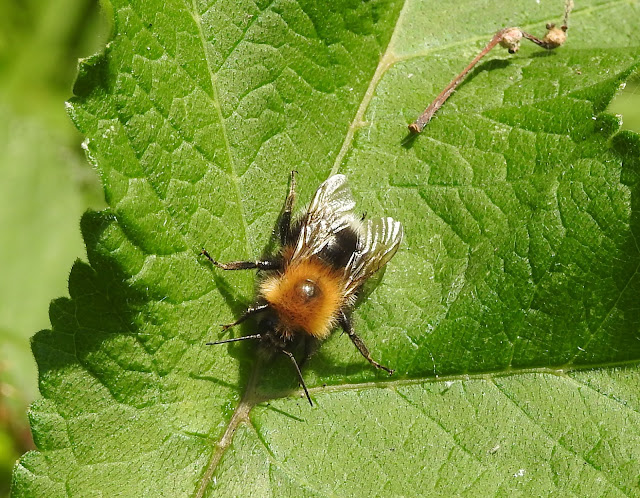