Two Little Tern, an adult and juvenile, were new arrivals in front of the hide with the long-staying Black Tern still offshore. Counts from the estuary included 182 Dunlin, 102 Ringed Plover and 17 Sanderling. Elsewhere a single Willow Warbler in the Entrance Bushes and a Sedge Warbler at the Dune Pond were the only noticeable passerine migrants. 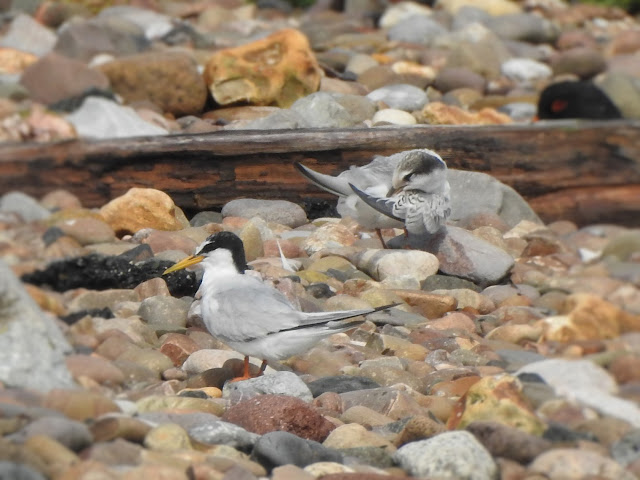 Wildlife News: After the rain the temperature saw an increase in invertebrate activity with several Pantaloon Bee Dasypoda hirtipes in Greenland Lake, at least eight Migrant Hawker were on the wing but only three Common Darter, in what has been a poor year for the species so far. 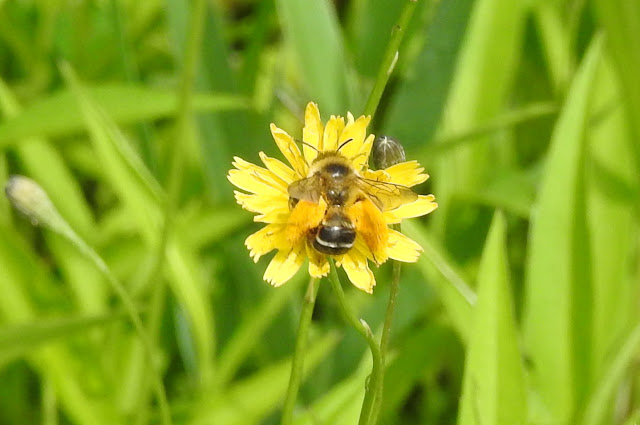