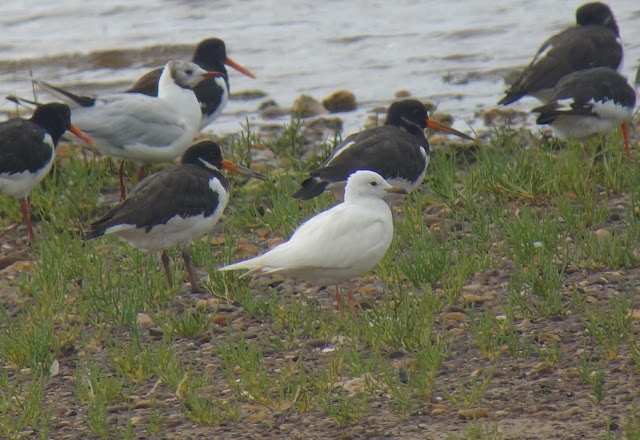 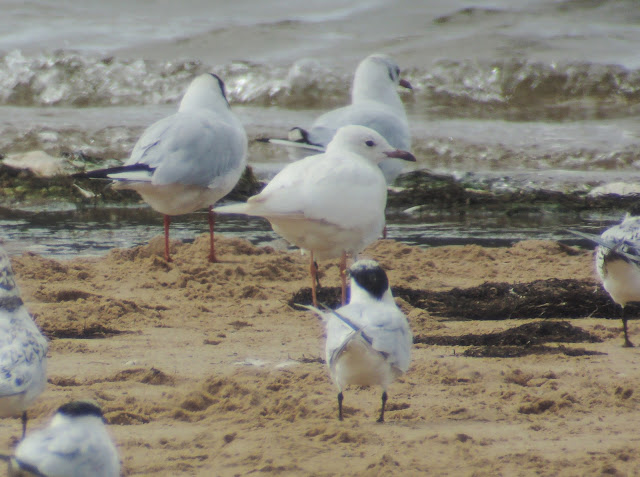 Gull sp - Lee Collins
This is thought to be a leucistic Mediterranean Gull, but a hybrid couldn't be ruled out.

Ringing News: This Sandwich Tern KDB has been present since 18th July. It was ringed in mid Wales in September 2015 and has been present here during the last three July/ August periods, showing great site fidelity. A large percentage of ringed Sandwich Terns are recorded here in multiple years, reinforcing the importance of the Warren as a  post breeding stopover site. 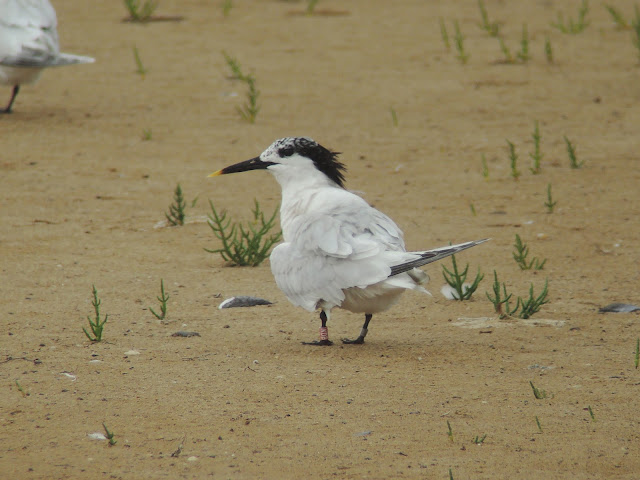