The Slavonian Grebe was in the estuary with 240 Curlew, 214 Dunlin, 174 Ringed Plover, 47 Sanderling, 18 Sandwich and two Common Tern, two Greenshank and a Little Ringed Plover. Elsewhere 13 Yellow Wagtail were on the Golf Course, with a potential first for the recording area a juvenile Citrine Wagtail buzzing around the Bight late evening, at least seven Willow Warbler and five Whitethroat were on site, a Hobby was hunting Linnet, three Wheatear were in front of the hide an a Red-breasted Merganser flew in off the sea. 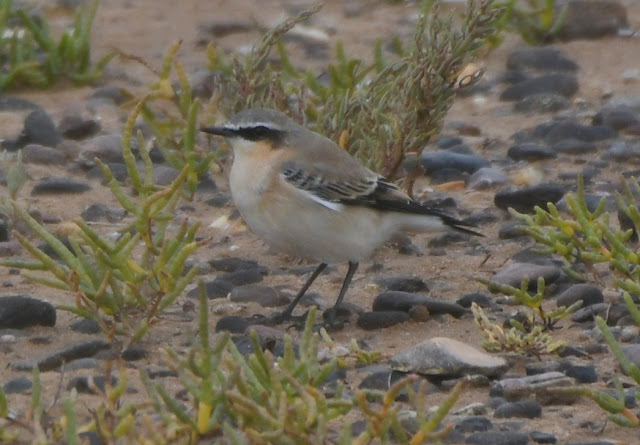 Wildlife News: Two Clouded Yellow were on site and this striking Field Grasshopper was in Greenland Lake. 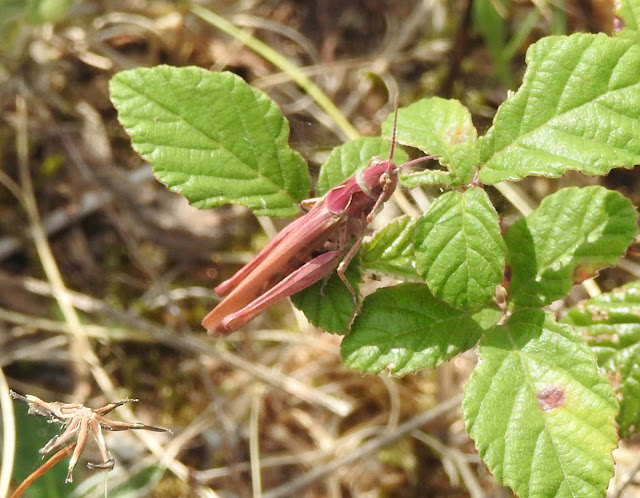